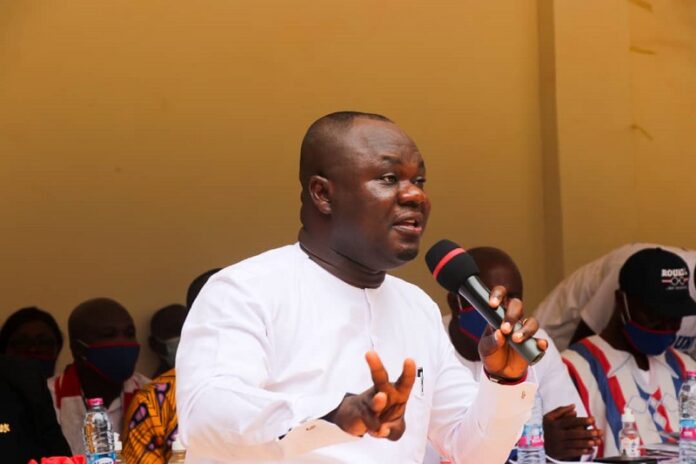 The Ruling New Patriotic Party’s Secretary for Abirem Constituency, Osei Yeboah has attributed the poor road network in the Eastern Region to the fact that previous Presidents do not hail from the area.

According to him, from Ghana’s first President Dr. Kwame Nkrumah to immediate past President John Dramani Mahama each has not contributed satisfactorily when it comes to the construction of road networks in the Eastern Region, adding none of them hail from the area.

Speaking on Agoo FM’s Weekend Political Show Fire Issues Saturday 9th January 2020, Osei Yeboah stated that, “Eastern Region do not have quality roads, we have just about two asphalt roads (Nkawkaw-Atibie and few parts of Aburi) which is sad but there is a history behind…, Eastern Region has not had a leadership at the top before until by God’s grace HE Nana Akufo-Addo came in as Eastern pride… from Dr Kwame Nkrumah (he was from the Western Region), Busia who was from the UP tradition hailed from Bono, to Chairman Rawlings who ruled about 20yrs (Volta) and J A Kuffour who comes from the Ashanti Region, Late Evans Attah Mills hailed from the Central and John Dramani Mahama also comes from the North… so this is the only time we’ve had a rep from the Eastern Region, so we must all support him in prayers for quality roads.’’

He, therefore, commended the president for declaring 2020 and 2021 as year(s) of roads adding that, Ghana has for the first time seen massive development so far as the construction of roads is concerned, adding “we can all attest to it that, constructors are on sites.”

According to him six major towns in Abirem Constituency have benefited from road network which has seen massive improvement.

The Eastern region is known as one of the areas with poor road networks in Ghana. Last year immediate-past Deputy Minister of Food and Agriculture, Kennedy Osei Nyarkoh expressed concern about the poor road network in the Region.

The Member of Parliament for Akyem Swedru said the situation has negatively affected the health and well-being of people there for decades.

He said it takes commuters a longer period to cover short distances especially those that link farming communities to urban centres.

Other panel members who appeared on the program today also raised concerns about the poor state of road network in Kwahu appealing to the government to pay much attention to these problems.