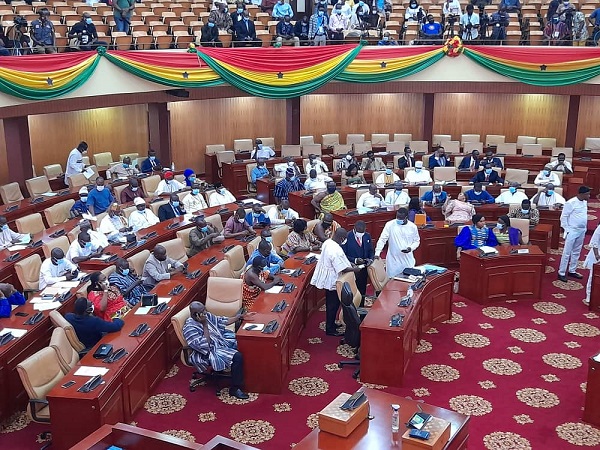 Parliament will today January 15, 2021 resume sitting for its first meeting of the 8th Parliament.

The House is resuming after adjournment from the chaotic inauguration and the Speakership election on January 7.

It’s expected that the House will seek to resolve first the impasse on who forms the Majority and Minority of the House before attending to other business.

Reports say some NPP MPs as early as 4am were already seated in the chamber occupying the right side of the aisle.