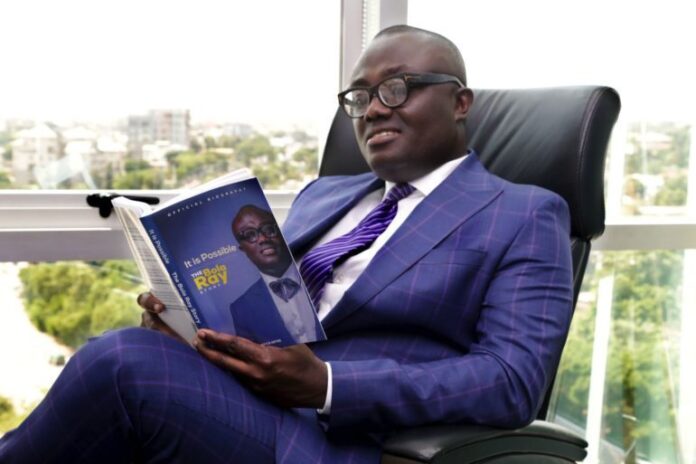 ‘Touch of France’, a personality TV show, hosted by H.E Anne Sophie AVÉ, the Ambassador of France to Ghana had the privilege of catching up with the Chief Executive Officer of EIB Network, Nathan Kwabena Anokye Adisi, on ‘Touch of France’ program.

Bola Ray who doubles as an associate producer for the show shared his inspiring life story to remind people especially young folks that everything is possible with hard work and perseverance.

He revealed, growing up, though life wasn’t that smooth, he promised his mother, he will be the first DJ with a Bachelor’s Degree, buy her a house when she turns 60, and make her the happiest mother, which he has achieved.

Bola emphasized that he had the conviction that whatever you conceive you will achieve.

“Whatever you put your mind to, you can achieve it, I have been a firm believer of whatever you conceive you can achieve, I told my mum I will buy her a house when she turns 60 and I did. I told her I will be the first DJ with a degree, she didn’t understand why with my two Degrees I will be doing DJING and not working in the Bank.”

He spoke on how he was able to turn things around from a Club DJ to hosting shows on BBC, TV3, JOYFM, Starr FM, and now a CEO and a business mogul inspiring the youth around the world.

Bola touched on issues around what could be termed his favorite muse: tightening the ties between Africa and the rest of the world: including business with France, Knowing more about France and the importance of being abreast with the language and exploring business opportunities and even does a detour to comment on the developments of the relationship between France and Ghana.

About Touch Of France

‘Touch of France’ is a television show that is based on the idea of propagating the open cultural exchange between France and Ghana The show addresses different themes, bridging Ghana and France, it aims at showing that in many areas of what Ghana and France have in common

It consists of four main segments including Business, Arts and Culture, Education and politicians) that will engage in both a setting for explorative information sharing and entertaining discussion.

The informative and distinctive program is hosted by Madam Anne Sophie Avè, the French Ambassador to Ghana; has had celebrated Ghanaian football icon Abedi Pele and French former footballer Marcel Desailly were the first guests who appeared on the first episode. After that, a host of other astute industry personalities have been on.

10th RTP Awards: The Winners, The Glamour, The Glitz and The Performances