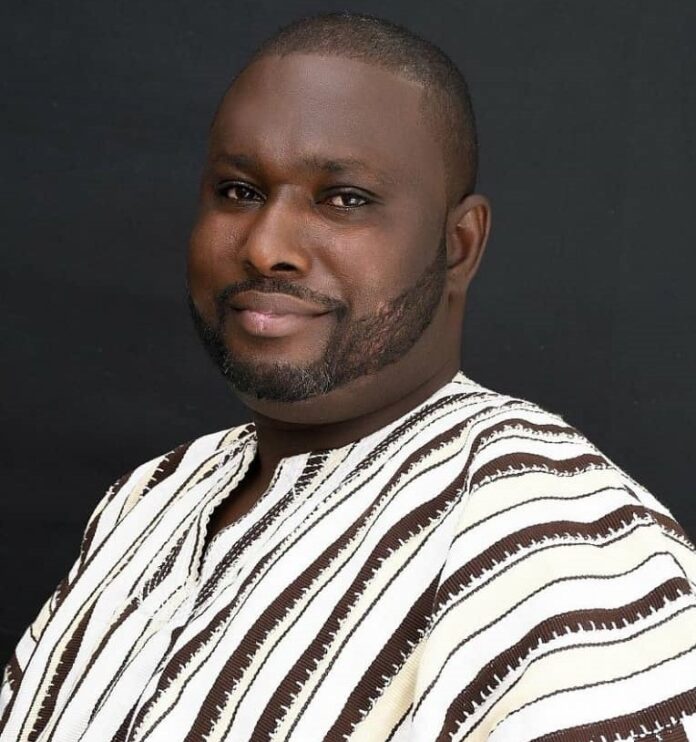 His name may not be familiar with many people down South but back home in the North, Alhaji Habib Iddrisu is a “big man” as we say in Ghana. Though he is a first time MP, his attempt to get to Parliament has been a long road.

He is currently the Member of Parliament for the Tolon Constituency in the Northern Region, before that he had made an attempt in the Sagnarigu Constituency in 2016. His involvement with the NPP spans a long period of time. In 2004, Habib was a Campaign Aid to the NPP Parliamentary Candidate-Tamale Central and a member of the Northern Regional Communication Team. He served as a Polling Station Agent in the Tamale Central constituency.

Same can be said in 2008, Habib Iddrisu was Campaign Coordinator for Tamale Central Constituency and continued to be a Member of the Northern Regional Communication Team that propagated the party’s achievements in the Northern Region. He was also a Polling Station Agent in the same election.

In 2012, Habib left the shores of Ghana to Australia to further his education, but while in school he continued with party activities. He served as the Australia Branch Secretary of the NPP and contributed his quota to the party’s development back home. He and a group of friends adopted the Yagaba Kubori Constituency and helped the party win that seat for the first time in the 2012 election.

He was instrumental in the formation of the Perth Branch of NPP where he still serves as one of the Patrons.

In 2016 Hon. Habib Iddrisu himself was on the ballot for the NPP in the Sagnarigu Constituency, he was beaten by ABA Fuseni in that election.

In 2020 he came back strong and won the Tolon seat with some thirty thousand votes.

On the professional front, Hon. Habib Iddrisu has vast experience. Between 2018 and 2020, he was the Co-Founder and MD of Gbewaa Printing Services Limited, Accra. Among other things he planned, operates, and controls the total business, profitability, return on invested capital. He was establishing overall objectives, plans and policies of the firm and represented the company with major customers, the financial community and the public.

Between April 2017 to December 2020, he served as Deputy Head, Ghana Free Zones Authority, Tema Processing Zone. He was responsible for supervising the departments under him and taking up leadership roles.

He supervised the auditing and monitoring of activities of the Free Zone Companies and assessed applications for exemptions submitted by licensed Free Zones Companies in accordance with due process.

In 2014 whilst in school, he was a Supervisor at Perth International Airport in Australia. His main responsibilities included maintenance of the facility at all times as well as reporting of suspicious behaviour to the security agencies. He was also responsible for reporting and removing unattended luggage to the Authorities.

Hon. Habib Iddrisu has also paid his dues in the classroom. He taught English Language at the Tamale Senior High School for years before moving on to teach Economics at the Tamale Institute of Business Studies.

Hon. Habib Iddrisu has won many awards for his contribution to the development of his people. In March 2020 he was awarded as the Rising Politician of the Year by the Northern Excellence Awards.

The Northern Business Excellence Awards also recognised him as the Young and Most-Promising Entrepreneur in 2020. The Voiceless Media in 2019 conferred on him the Humanitarian Service Personnel Award.

Alhaji Habib is a family man, married with three kids. He has a solid educational background that makes him suitable for his new position.

Between 2015 to 2017, Hon. Habib Iddrisu had obtained a Degree in Communication Studies from the Open University in Australia.

2012 – 2013 he had obtained a Certificate in Human Resource Management from the University of Notre Dame in Australia.

2010 – 2012 he obtained a Diploma in Leadership and Management from the Cambridge College International in Australia.

2006 – 2007 he graduated with a Diploma in Journalism and Media Studies from Trans Africa College. He is a former student of Savelugu Senior High School.

Though the job of a Deputy Whip will not come easy, he has a pool of seniors who will be willing to support and guide him to succeed in the new environment he finds himself in.

With guidance from Hon. Frank Annor Dompreh, Hon. Habib Iddirus will live up to the task of whipping Majority MPs in line to get government businesses going.