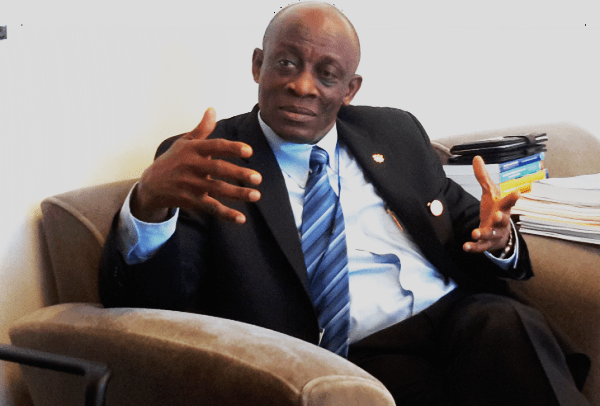 Former finance minister Seth Terkper has warned of a difficult year and beyond for the country, citing the tight fiscal space within which government has to operate.

Mr. Terkper’s prediction is premised on analysis made by some multilateral institutions such as the International Monetary Fund (IMF) which has projected the economy to end the year with a debt figure of 77 percent of GDP; Moody’s downgrading the economy’s outlook to B3 Negative over the mounting debt situation and further stating that the deplorable fiscal situation compares to that of a Highly Indebted Poor Country’s (HIPC) economy.

For the former finance minister, such developments only mean government will be frugal in its spending as persistent revenue shortfalls have been a major challenge for the government, coupled with the fact that the widening fiscal deficit, will only end up in an austerity budget.

“We need a wakeup call that it is not going to be easy at all. The Moody’s report shows things are not palatable at all. Then the World Bank also has expressed concerns about the BoG’s deficit financing. Then Fitch has also done a downgrade; and the Bank of Ghana’s governor is also saying deficit financing will no longer be possible.

Finance Minister Ken Ofori-Atta said during the presentation of first quarter budget that government will borrow from the international bond market, comprising the issuance of sovereign bonds of US$3 billion with the option to increase it to US$5 billion should market conditions prove favourable. Of this amount, he said, US$1.5 billion will be used to support the 2021 budget and US$3.5 billion for liability management.

Meanwhile, government has promised ambitious capital-intensive projects for the year which include what it calls Agenda 111 district and regional hospitals, which commenced in 2020 to ensure health facilities are available in all deprived places; and also the Year of Roads project – all these to be financed with borrowing.

But the Moody’s report says interest expenditures on the debt are set to rise to 6.8 percent of GDP, up from 5.4 percent of GDP in the budget, thereby, consuming close to 50 percent of total revenue.

The rating agency further warned that a further weakening in debt affordability amid persisting refinancing risks would indicate a fundamental deterioration in government’s debt-service capacity, resulting in another downgrade at the next rating.

And again, it has also expressed concerns about government’s reliance on the central bank to finance the budget, a practice that came to a halt after the country entered an IMF External Credit Facility (ECF) some few years ago.

Mr. Terkper maintains government will be forced to pursue austerity measures even if it doesn’t want to.

“Since these multilateral institutions support our budget, they will push for austerity and if you don’t, they will come after you. So, it is about time we told Ghanaians that 2021 is going to come with austerity, and if we defy it, is at our own risk. We are going to borrow to finance the budget and the markets will listen to the IMF, and the IMF is saying we are at high risk of debt distress. So, we need to be realistic about the situation and know it will be an austerity year,” he said.