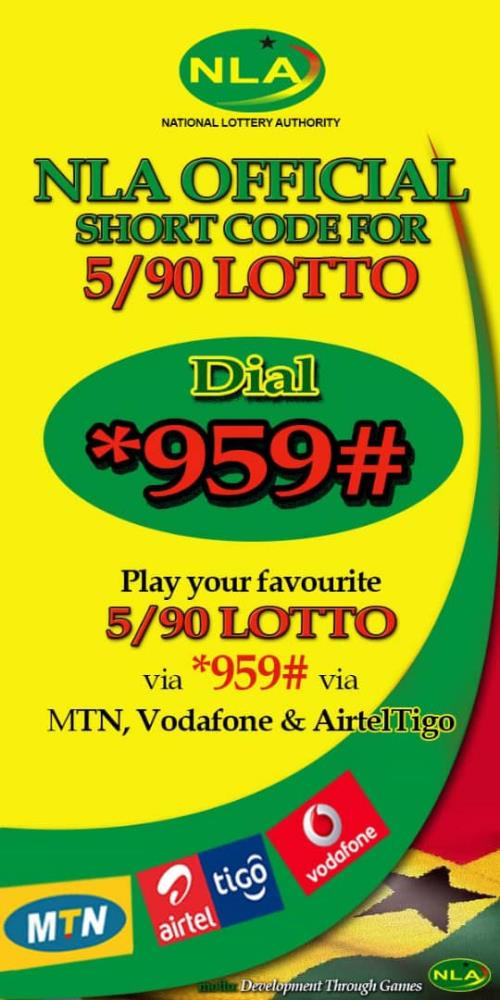 According to the NLA, any other platform operating digital lottery shortcode is FRAUD and illegal.

The National Lottery Authority noted that a lot of investment has gone into the development and running of the official shortcode of NLA, *959#.

A statement issued by the Public Relations Unit of NLA stressed that the ONLY licensed online lotto marketing company responsible for the operation of *959# on behalf of NLA is KGL Technology Limited.

“We would like to use this opportunity to caution and instruct Alpha Lotto Limited and GTV to STOP the LIVE DRAW with immediate effect,” the statement added.

It further stated “we would like to use this opportunity to direct Alpha Lotto Limited to STOP the operations of its illegal shortcode for 5/90 with immediate effect.

“We are respectfully urging the general public, players and stakeholders of lottery industry to play NLA 5/90 through the Authority’s Point of Sale Terminals across the Country, and through the ONLY Digital lottery platform of NLA *959#.”