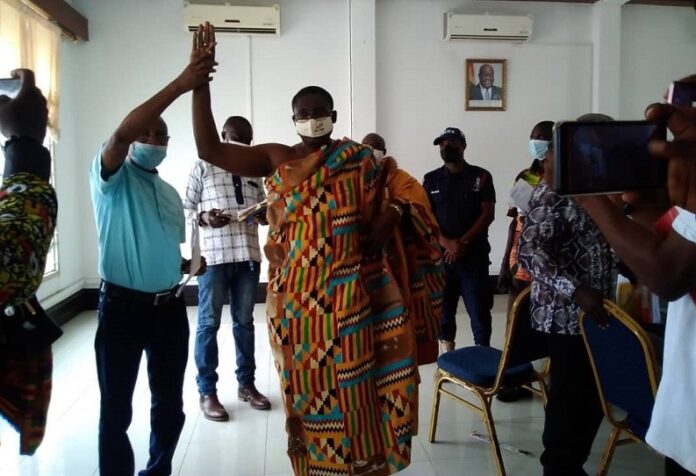 The paramount chief of Breman Essiam Traditional Area, Odeefuo Afankwa III, known I  private life as Emmanuel Baidoo has been elected as a Central Region representative on the Council of State.

The election was between seven candidates of which two withdrew from the contest.

At the end of the elections, Mr. Kwesi Eyi Acquah got 13 votes, Odeefour Afankwa III Omanhene of Breman Essiam Traditional Area got 31, Timothy Isaac Nana Bangful got 0, Timothy Ebo Essiandoh got 0 and Badu-Prah Armstrong King also got 0 out of 44 votes.

Speaking to Kasapa News Yaw Boagyan, Odeefour Afankwa III vowed to ensure peace and unity among the people of the Central Region at all times.

He pledged to push the Central Region forward in terms of development.

“While I was campaigning I found out that most of our roads are bad so I will do my best to ensure that our roads are put in good shape of the problem before my term of office ends” he added.