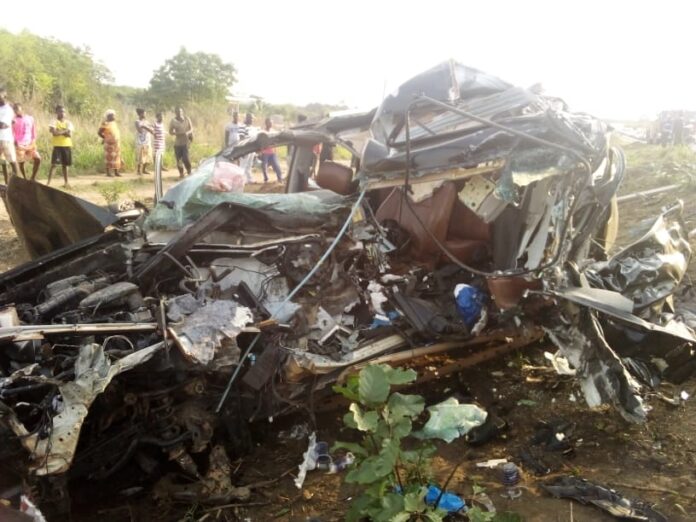 Four persons including three white women and a driver have died in a gory accident at Gomoa Okyereko on the Winneba-Highway in the Central Region Friday.

The three, a male and two females on board a Toyota Landcruiser Prado with registration number GN 3966-17 were from the Accra direction heading towards Winneba when their car collided with a trailer with registration GN 752-20 from Winneba to Accra just before the main Okyereko bridge.

The bodies of the deceased, whose identities were unknown at the time of filing this report, have been deposited at the Winneba Trauma and Specialist Hospital.

The driver of the trailer and his mate, who sustained serious injuries are receiving treatment in the same hospital. 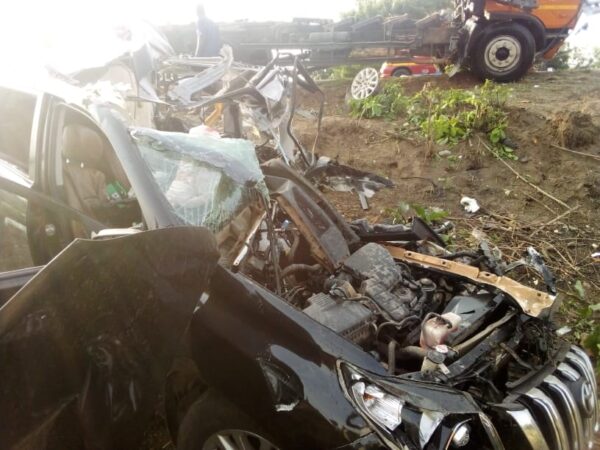 The driver of the Toyota Prado reportedly made a dangerous overtaking, veered off into the other lane, failed brake and collided head-on.

All occupants in the car, died instantly.

The police later arrived at the scene to convey the bodies to the Winneba morgue while investigation commences.