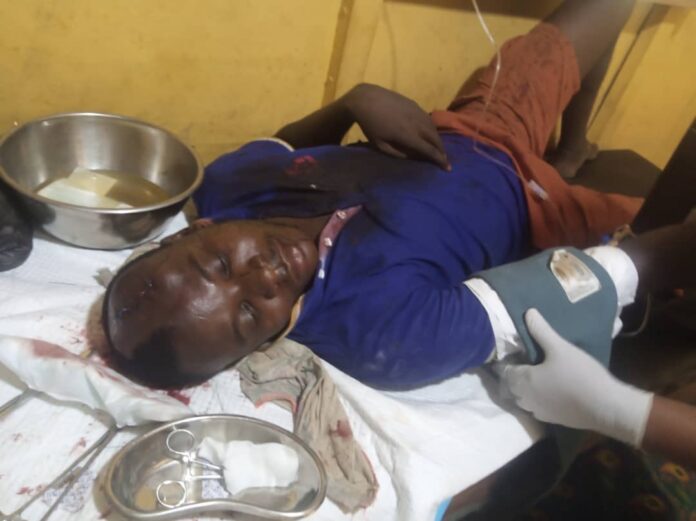 Two (2) persons have been rushed to the Winneba Truama and Specialist Hospital in critical condition after a group of Landguards attacked them at Gomoa Tuansah in the Gomoa East District of the Central Region.

Speaking to EIB Network’s Central Regional Correspondent, Yaw Boagyan, the Omankrado of Gomoa Fetteh Kakraba Nana Yaw Kudumanu said the two people were on their site working when this group of Landguards attacked them and inflicted cutlass wounds on them.

He added that the suspects have been arrested by the Kasoa Millennium City Police Command.

Meanwhile, the Tufohene of Gomoa Akyempim Traditional Council and also the Odikro of Gomoa Fetteh Kakraba, Nana Essel Amoaquandoh also called for an immediate intervention of the Military since the rate at which residents in the area are dying from the hands of these Landguards is too alarming.

C/R: Seven arrested over death of driver at Opeikuma