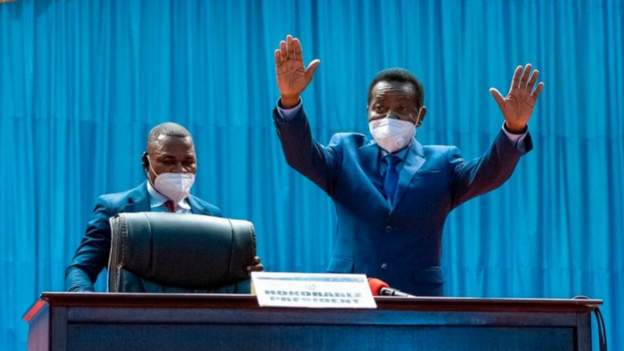 A supporter of the president in the Democratic Republic of Congo has been elected speaker of parliament, in the latest sign that Félix Tshisekedi is wrestling political power away from his predecessor, Joseph Kabila.

Christophe Mboso’s appointment comes three weeks after a pro-Kabila appointee was voted out.

When Mr Kabila stepped down as president two years ago he still retained considerable power as his coalition had won the majority of parliamentary seats in what was widely seen as a flawed election.

In December President Tshisekedi moved to end a coalition with Mr Kabila and forced the resignation of the prime minister by persuading scores of MPs to defect.

The president can now appoint a prime minister and a government that will be free from the interference of his predecessor.

He is expected to get on with the promised reforms including ending the armed violence in mineral rich eastern Congo.