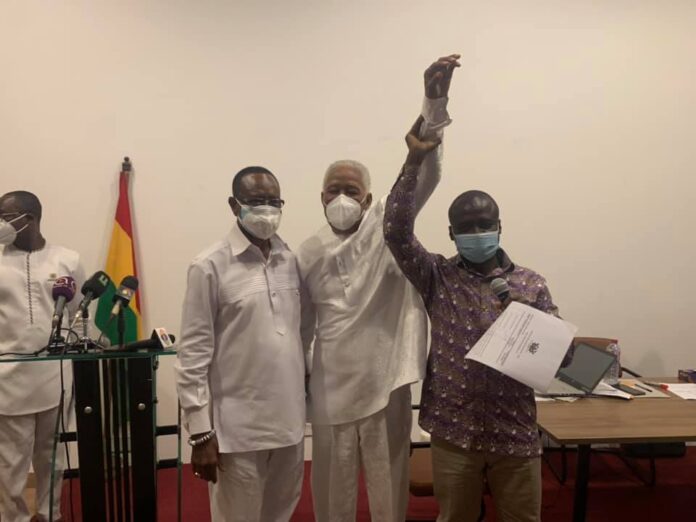 The Electoral Commission (EC) has released the list of elected regional representatives to the Council of State.

This comes after a successful conduct of elections on Friday, February 12, 2021.

Membership of the council includes prominent citizens who are elected to represent each region, as well as those nominated by the President to advise him on national issues.

Each region elects a representative, while the President also appoints 11 members.

The ex-officio members are a former Chief Justice of Ghana, a former Chief of the Defence Staff, a former Inspector General of Police and the President of the National House of Chiefs.

The President of the National House of Chiefs, Ogyeahohoo Yaw Gyebi II, is an ex-officio member of the Council, in furtherance of Article 89(2)(b).

Former Kumbungu lawmaker Ras Mubarak has lost his run to represent the Northern  region on the Council of State.

The outspoken politician garnered no vote in the Friday election.

The veteran politician garnered all the 58 votes cast in the polls held in Accra. His Other two competitors had no votes.

Meanwhile, there was no election in the Bono East as a result of an injunction placed on the exercise.

Also in the case of the Western region,  no candidate secured the needed majority votes in last Friday’s polls.

More than 100 candidates from the 16 regions of the country filed to contest the election.

Results of the election of the Members of Council of State 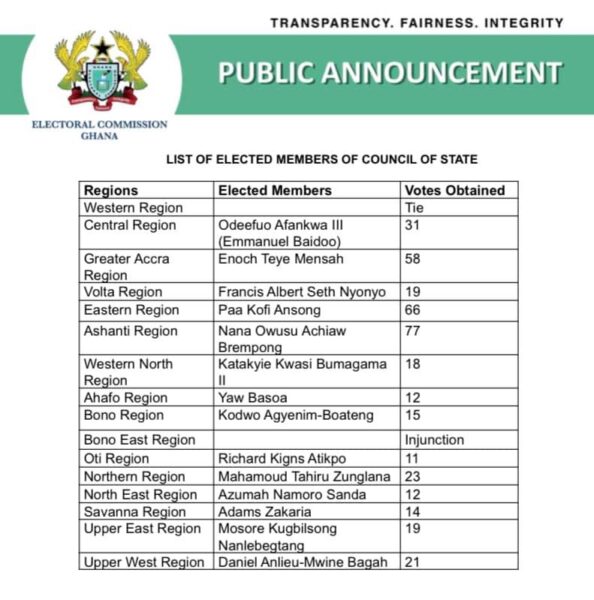