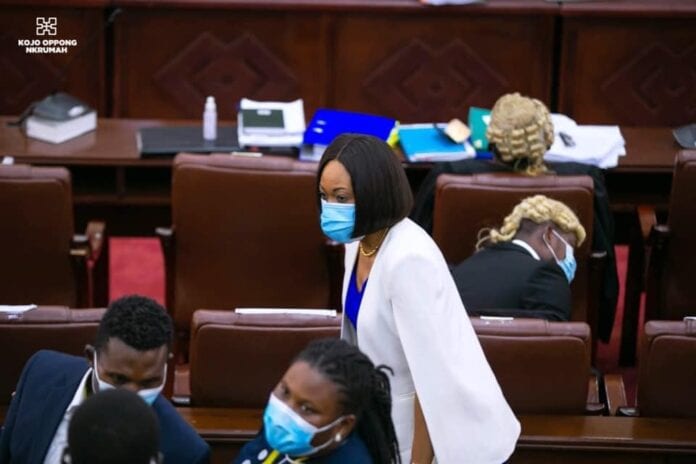 A US-based Law Professor, Stephen Kwaku Asare has said election managers have a responsibility to help the court determine the merits of an election petition in the country.

He argued that under no circumstances, must an election manager be designated as an adversarial party.

“The election manager’s role should be to help the court arrive at the truth. His role should NEVER be to win at all cost.

“Accordingly, phrases like “a petitioner cannot depend on the election manager to make his case” should be consigned to the judicial dustbin.”

His recommendations come after a nine-member review panel of the Supreme Court on Tuesday dismissed the review application from former President Mahama to re-open his case.

Mr. Mahama wanted to reopen his case so as to enable him subpoena the Electoral Commission (EC) Chairperson, Jean Mensa, to testify in the election petition as an adverse witness.

The unanimous decision of the panel chaired by Justice Kwasi Anin Yeboah held that the application is without merit.

This is the third review application from the Petitioner that has suffered dismissal.

Meanwhile, the Supreme Court has fixed March 4, 2021, to deliver judgment on the ongoing 2020 presidential election petition.

The panel of seven fixed the date on Monday, February 22, after disposing of all other pending motions.

One of the reasons why change seldom occurs in our polity is that our stand on issues depend solely on where we sit.
People who oppose a policy or a tool when in opposition suddenly fall in love with the same policy or tools when in power.
Even our support for our institutions and the media are afflicted by the same malady. People who are avowed enemies of the Judiciary can become their bridesmaid overnight, depending solely on where they sit or even worse depending on if outcomes go their way.
Having watched and complained a lot about the processes and events surrounding two election petitions, there are several reforms that I recommend for immediate implementation.

First, there must be a 9-member panel and that panel must be chosen randomly.

Second, once a petition is filed, the respondents must file an answer or in lieu of an answer file for dismissal on grounds that even if all the averments are taken to be true the petition does not show that the President-elect was invalidly elected.

Third, the Court must rule on the motion to dismiss. If the Court rules in favor of the Respondents the case is over.
If the Court rules against the Respondents, the Court must direct the EC to lodge with the registry copies of all election related material used for the declaration, including the pink sheets, the constituency, regional, and national collation sheets, any and working papers used in the declarations, including papers used for corrections, where necessary.
The Court shall also designate the election manager as a witness for the Court who will give testimony and be examined by all parties. Under no circumstances, must an election manager be designated as an adversarial party. The election manager’s role should be to help the court arrive at the truth. His role should NEVER be to win at all cost.
Accordingly, phrases like “a petitioner cannot depend on the election manager to make his case” should be consigned to the judicial dustbin. That phrase should be replaced with the election manager has a responsibility to help the court determine the merits of the petition.

Fourth, the petitioner and the Parties other than the EC shall be entitled to discover all documents and materials, which are lodged at the Court’s registry. If they need other information, they should be entitled to it as a matter of right.
Correspondingly, the EC when conducting an election should assume that it could be sued and when that happens the above applies. Therefore, it must train all its elections agents and collation officers with that prospect in mind.

Fifth, all petitions must have time-limited opening and closing statement. Key witnesses shall testify in person. However, minor witnesses can testify by affidavit and will be amenable to cross examination.

Sixth, there shall be no reviews of intermediate judgments made by the panel during the hearing. However, the final judgment may be subject to review under the usual terms — exceptional circumstances that have miscarried justice.

Seventh, an election petition must be decided in 30 days and before the swearing in of the President-elect. That practically means general elections SHALL take place in the first week of November. This date guarantees that even if there is a runoff, any petitions related to the runoff, therefore the one-touch, will be resolved before inauguration.

As for contempt, which seems to arise in our election petitions, I have said enough about it over the years. As I have argued, the very character of an election petition is such that we should expect political hubris. That should not occupy the Court’s time.
I don’t know who brings the hubris to the attention of the Court but where it comes to their attention they should refer it to the Attorney-General for prosecution.
It is offensive to the eye to watch Supreme Court Justices accusing, prosecuting and passing judgments on people who have allegedly scandalized (whatever that means) them. It is equally offensive to see the accused contemnors render profuse apologies to your Lordships.
I remain convinced that if some can praise the Court, without consequence, then others too should be able to condemn and criticize them.
The only way to nail the coffin of contempt is if we all put ourselves in the shoes of the contemnor and reject contempt proceedings. But this is not possible because those who complain bitterly of contempt will be the same people who will turn others in if the “time is right.”

#SALL is the Supreme Sin of the 8th Parliament. We could address it if we spend as much time on it as we do on other things.
But this is Ghana. We need #GOGO badly!!