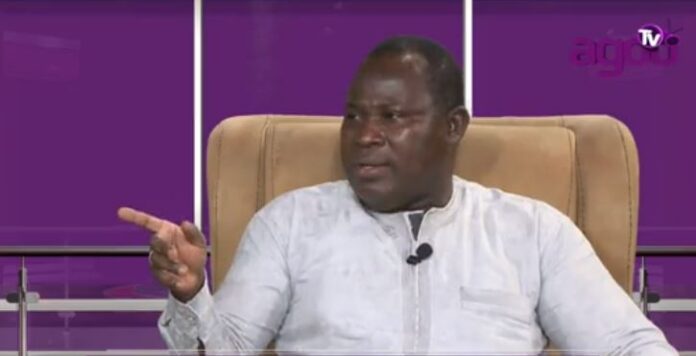 A Member of the Elections Committee of the opposition NDC party, Dr. Ibrahim Zubairu, says he’s strongly convinced that justice will not be served the party in the ongoing 2020 Election petition hearing at the Supreme Court.

According to the Lecturer at Accra Techincal University, the Court has not been fair to the legal team of the Petitioner(ex-President John Mahama) in the way it has refused all the requests filed by the legal team since the hearing commenced.

“No matter what it is, there is no way that the NDC will get justice at the Supreme Court. I’m saying so because of what is going on at the court. We are all witnesses to the ongoing proceedings, the attitudes, the pronouncements are a clear indication that the NDC no matter the evidence it brings will not get justice. You have to apply the law the way it is and remember that you’ll one day also appear before someone in judgment,” Dr. Zubairu told Bonohene Baffour Awuah host of Ghana Kasa show on Agoo TV/Kasapa 102.5FM Wednesday.

Meanwhile, the lead counsel for John Mahama in the election petition case, Tsatsu Tsikata has filed a fresh application at the Supreme Court praying the Court for a review of its ruling in relation to a leave seeking to reopen the case.

The Supreme court last Thursday ruled that Mrs. Jean Mensa could not be compelled to testify in the matter, and shot down the Petitioner’s request to have the EC chairperson subpoenaed.

In the 32-page application, Mr. Mahama said the Supreme Court erred in law when it ruled against their quest to cause the respondents to present witnesses in the matter.

Meanwhile, Mr. Mahama wants the Supreme Court to suspend hearings on the substantive election petition matter pending the hearing of the review application.

He argued in a 49-page application for stay of proceeding that his case would be caused irreparable damage if the court proceeds to hear the closing addresses while his application for review is still pending.

The apex court had directed all parties in the hearing to file their written addresses by tomorrow and for the Court to hear them on Friday.