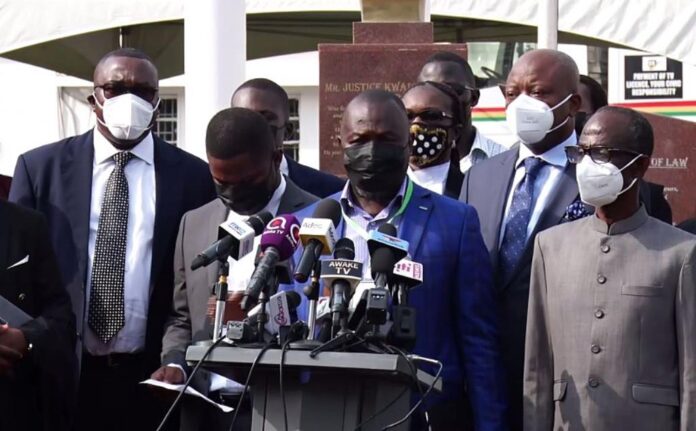 A spokesperson for the petitioner in the ongoing election petition hearing Dominic Ayine says the Supreme Court has done a disservice to Ghanaians following its ruling on the motion for the reopening of the petitioner’s case.

He questioned why the Supreme Court is treating Jean Mensa like a private citizen in the matter.

“We think that the court by this decision has not done the people of this country a great service, in the sense that Ghanaians are interested in knowing the truth. The justices today have not given us a reason to believe that they want the people of this country to know the truth about what happened…why figures kept changing from 9 December,” he told the media after court hearing Tuesday.

The Supreme Court on Tuesday, February 16, dismissed an application filed by former President John Mahama to have his case re-opened.

The apex court panel of seven chaired by Justice Kwasi Anin Yeboah said they find no merit in the application and proceed with the ongoing case without any hesitation.

It was the considered view of the court that the EC Chairperson is not on trial and cannot be asked to vindicate herself.

Meanwhile, Lawyer Tsikata told the court on Tuesday he will be filing a stay of proceedings pending the determination of an application for a review of the court’s ruling on February 11.