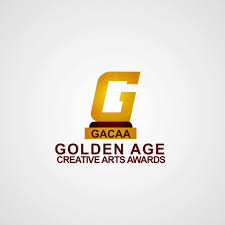 It is an upgraded and branded version of Ghana Social Business and Creative Arts Awards scheme which was created to recognise deserving individuals in the creative arts industry of the country.

Despite its a short period in the entertainment industry, the GACAA was recently recognised as the 19th out of 30 best awards organizing firms in Ghana by the Ministry of tourism in Ghana for it’s an enviable and notable dedication to its activities.

This was revealed by the founder of GACAA and Chief Executive Officer of Dolphins House Productions, organisers of GACAA, Mr Ellis Adjei in Accra yesterday.

He said the awards scheme “is here to stay. The recognition by the Ministry of tourism and the support of the general public has really boosted our morale and we will not fail in our quest to give entertainment lovers in this country the pleasure they seek when it comes to events organisation and recognition of hardworking individuals in the arts industry.”

GACAA, as part of its priorities, he said, focused on awarding deserving persons in Ghana’s entertainment and arts sector, who are playing great roles towards the development of the nation, adding that creating a platform to expose these persons and their hard work was well deserving.

“The maiden edition of this great awards scheme, which was described as one of the best in Ghana saw the likes of great people from the media fraternity like Ghana’s most popular and versatile radio presenter, Abeiku Santana, Mercury Quaye, Okyeame Qouphi and many others attending,” he added.

He mentioned that occasion was also graced by models, bloggers, several media houses, designers amongst others.

This he said showed how prepared his outfit was for even bigger shows, saying not even the pandemic would scare them as long as all protocols would be observed.

He hoped that by March 6, the ban on public gathering would be lifted, adding that measures were already in place to hold a virtual event in case of any unexpected development.

“Be assured that all COVID-19 protocols would be observed at the event if the ban is lifted by then. Even if we have to do it virtually, we will, nothing can stop us, not even Coronavirus,” he said.