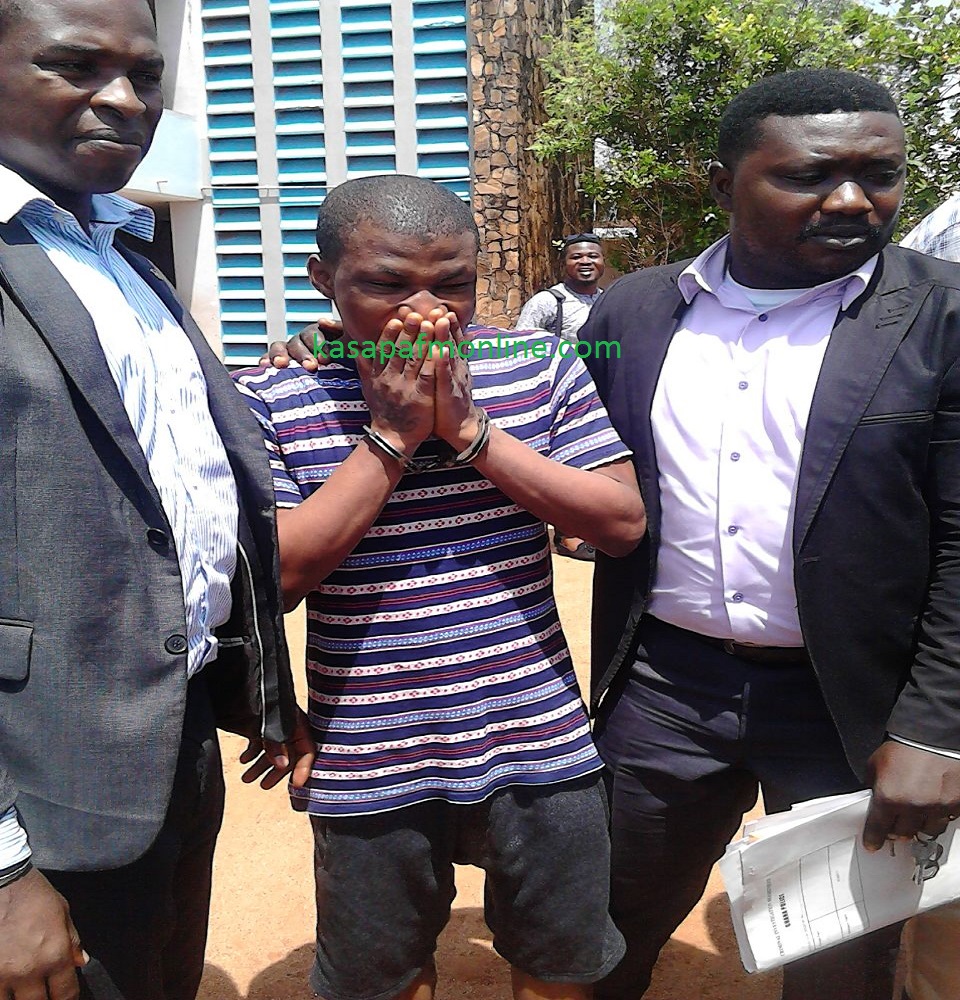 Daniel Asiedu, the man who has been held for the murder of the late Member of Parliament for Abuakwa North Constituency, Joseph Boakye-Danquah-Adu, drew controversy in the courtroom on Friday after he rejected all female potential jurors who were called up.

Per the law, an accused person can reject three of the potential jurors with explanation. However, after the third one, he or she ought to offer explanation.

Daniel Asiedu aka Sexy Don don explaining his objection to the fourth female potential juror said that she could be influenced by the unforeseen hands behind the case.

According to him, with the controversy surrounding the case and the intimidation that was meted out to people when the case started, he doesn’t believe a female juror will help his case.

Interestingly, despite Sexy Don Don’s indication, three out of the seven jurors empanelled were women.

He has pleaded not guilty to the charge of murder and robbery as the High Court in Accra prepares to commence the trial.

In court on Friday, February 19, 1021, when the matter was called for empaneling of the jury, the plea of the accused persons were taken.

Asiedu who has denied the two charges of murder and robbery is also facing a charge of  conspiracy to robbery with one Vincent Bossu, aka Agogo, a charge both pleaded not guilty.

On behalf of his clients, Lawyer Yaw Danquah while objecting to another young female potential juror, argued that, the interest of justice and fairness requires that, it was important that jurors are free from the eyes of the public.

He argued further that, that potential juror is a young lady and an active member on twitter, facebook, instagram and other social media, so she could not have a sound mind to sit as a member of the jury.

Counsel contended that, the defense greatest fear is that, she will not have the sound mind to be fair and just.

He argued that, her conscience they believed would be tainted and influenced by social media which will cause her to be biased and prejudice in trying the case.

The prosecution led by Sefakor Batse, Principal State Attorney objected to the objection raised by defense counsel. She argued that Section 251 of Act 30 clearly spelt out circumstances in which there could be such bias or partiality.

She argued that, it is a mere speculation that the young juror spent time on social media and that “there is no guarantee that, older ones selected will not do same.”

The Principal State Attorney said, the court will be guided by the evidence led and not what transpire on social media and prayed the Court to overrule the objection.

After back and forth argument between prosecution and the defense with the court on the other hand, counsel for the accused persons withdrew the objection and the said young juror was upheld.

The court presided over by Justice Lydia Osei-Marfo after congratulating the jurors for their selection to serve on the jury admonished them to be focused on the work they have been tasked with.

“You are going to be in charge of the facts that will be churned out by the prosecution against the accused persons. You are expected to be diligent, fair in your decisions in so far as the trial  of this matte is concerned.

“May I remind you respectfully that, you are only bound by the evidence that would be led in this court by prosecution,” Justice Osei-Marfo noted.

The court added “No other considerations out of the evidence to be led outside court, public opinion, social media, speculation and whatsoever.”

“The accused persons are hereby put in your charge and the court expects you to corporate with us to have this matter exposed off expeditiously in respect of attendance in court and anything required of you.

Following a complaint to the court by lawyer of Daniel Asiedu to the effect that, he is being molested in the prison custody, the court sent an order.

The court said, “at the last adjourned date, the officer in charge that brought the accused persons was tasked by the court to investigate formally the allegations of Daniel Asiedu that he is being subjected to assault and restrictions of his freedom within the confines of the prisons where he is being  kept.

“Today, there is a repetition of the same allegations by Daniel Asiedu by his counsel. It appears the person whom I charged to investigate these allegations was not here, incidentally, the officer who brought them today has no idea of anything,” the court noted.

“Let me be on record as saying that, the accused persons is presumed to be innocent until his guilt is established by the republic. Therefore, the court or the prison or anybody has no right to infringe on his right as if he was condemned already,” the court reminded.

“The prison authorities are hereby ordered to thoroughly investigate Daniel Asiedu’s allegation of assault and other unapproved treatment and bring a stop to same if anything like that is going on,” the court ordered.

The court also admonished the accused person to be of good behaviour saying ” behave well, you also have a responsibility to live as an inmate.  Behave well, so that they don’t see you as a troublesome persons…so that no human being will be assign to you.

The case has been adjourned to March 16, 2021 for case management conference to be conducted and also for the prosecution to address the court and take reply from the defense team before the trial commences.

There will also be pre-trial conference to select dates for hearing.

Mr Danquah-Adu was murdered at his residence at Shiashie in Accra on February 9, 2016, exactly five years last Tuesday.

It is the case of the prosecution that Asiedu and Bosso planned to go on a robbery spree, but Bosso changed his mind and went home.

The prosecution said Asiedu went to Shiashie and picketed at the MP’s house to rob.

According to the prosecution, in the course of searching for the items to steal, Asiedu made some noise which woke the MP up.

The prosecution said a struggle ensued between the two, leading to Asiedu stabbing the MP in the neck and chest, killing him in the process.