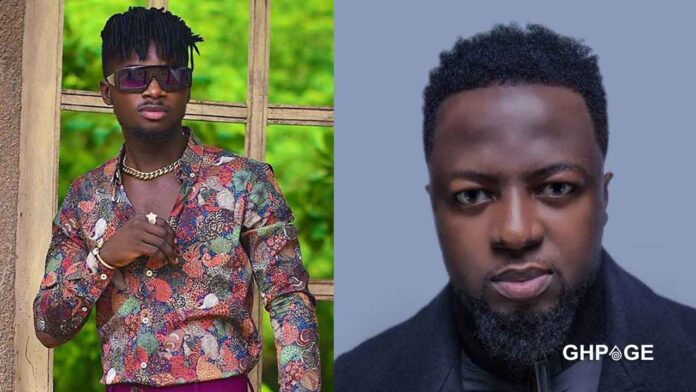 In a new interview granted by the Rock Star on Kasapa102.5fm, the musician said he wish Guru will bounce back stronger giving music lovers his yearly back to back hits songs.

“I wish @gurunkz should bounce back to producing the 10 hit songs he releases every year.” Kuami Eugene told Kuami B of Kasapa Fm

According to Kuami Eugene, he does not hold any grudge against his senior colleague musician Guru.

He explained that he will not disrespect someone who has held the fort for the music industry churning out hit songs every year.

Hiplife artiste Guru has in a Facebook post addressed a comment Kuami Eugene made as regards a collaboration the former wanted with the latter, emphasizing that the only reason he wanted a project with the Lynx Entertainment signee was because of the admiration he [Guru] has for Kuami Eugene’s craft.

Lynx Entertainment boss has also reacted to the claim saying his signee Kuami Eugene never disrespected Guru as many people are saying. Guru had in previous interviews, claimed that Richie turned down his request for collaborations with Lynx signees Kuami Eugene and KiDi.

Guru claimed Richie refused the collaboration because he had some resentment over his (Guru’s) feature on Obrafour’s song Kasiebo, which took a swipe at the Lynx boss and rapper Okyeame Kwame.

“Guru did not use the right channel. You want to feature me but you go to media houses to insult the man who made me. I wouldn’t have been Kuami Eugene but for Richie so I expect that respect is accorded him no matter the differences that exist. I am under Lynx Entertainment and any song I produce needs to go through them,” he stated in the interview.