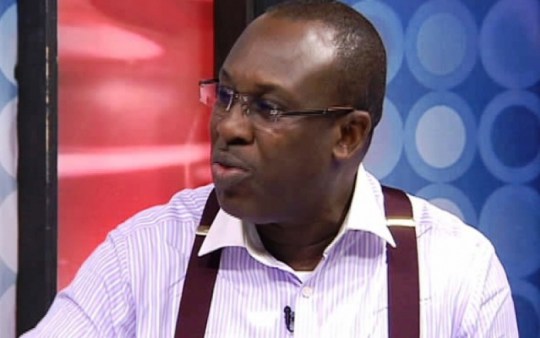 “The thought that some Judgment debts are a ploy to loot the State and share is so sad but founded,” Senior Vice President of IMANI Africa, Kofi Bentil, has bemoaned in a Facebook post.

His comment comes after Chinese company Beijing Everyway, filed a lawsuit against the Government of Ghana in the London Court of International Arbitration to demand $55 million from Ghana.

The Chinese company was contracted to implement the Accra Intelligent Traffic Management project worth $100 million after Parliament’s approval in 2018.

The company worked on the provision and installation of some traffic management systems.

During the Appointments Committee vetting, the Minister-designate for Roads and Highways, Kwasi Amoako-Attah admitted that his ministry has been served in the judgment case.

However, he failed to give details explaining that “since that legal step has been taken I would not want to comment on it until the matter is determined.”

Kofi Bentil on Joy FM’s News Analysis Programme, Newsfile said:“The issue of this contract is not that it has been cancelled. It is that it has been rewarded improperly and some people with their eyes open did it in such a way that Ghana now has the liability and we are likely to face that $55 million debt.”

Meanwhile, Ghana has been slapped with US$134million judgment debt over the cancellation of the Emergency Power Agreement with GCGP Limited.

The ruling by the International Court of Arbitration ordered the government to Ghana to pay to “GPGC the full value of the Early Termination Payment, together with Mobilization, Demobilization and preservation and maintenance costs in the amount of US$ 134,348,661, together also with interest thereon from 12 November 2018 until the date of payment, accruing daily and compounded monthly, at the rate of LIBOR for six-month US dollar deposits plus six per cent (6%).”

The Government of Ghana was also to pay GPGC an amount of “US$ 309,877.74 in respect of the Costs of the Arbitration, together with US$ 3,000,000 in respect of GPGC’s legal representation and the fees and expenses of its expert witness, together with interest on the aggregate amount of US$ 3,309,877.74 at the rate of LIBOR for three-month US dollar deposits, compounded quarterly.”

We stand by our position on Govt-Aker Energy deal – IMANI