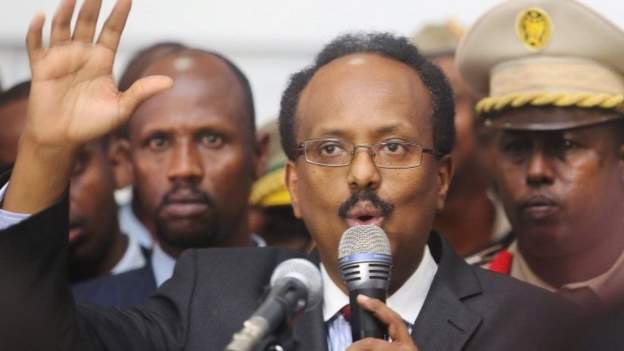 Somalia has missed a key deadline to hold a presidential election on 8 February, plunging the country into political uncertainty.

Talks between the federal government and regional states on how to proceed with elections collapsed on 5 February.

In a statement on Monday, opposition presidential candidates said they would cease to recognise Mr Farmajo as president because his term had expired.

They called for the formation of a transitional body made up of the speakers of the two houses, leaders of regional administrations and representatives from their alliance to steer the country to the elections.

They also urged the Somali National Army to stop taking orders from President Farmajo from Monday.

The country had already missed a deadline to hold parliamentary elections in December 2020 due to persistent disputes between the federal government and some regional administrations.