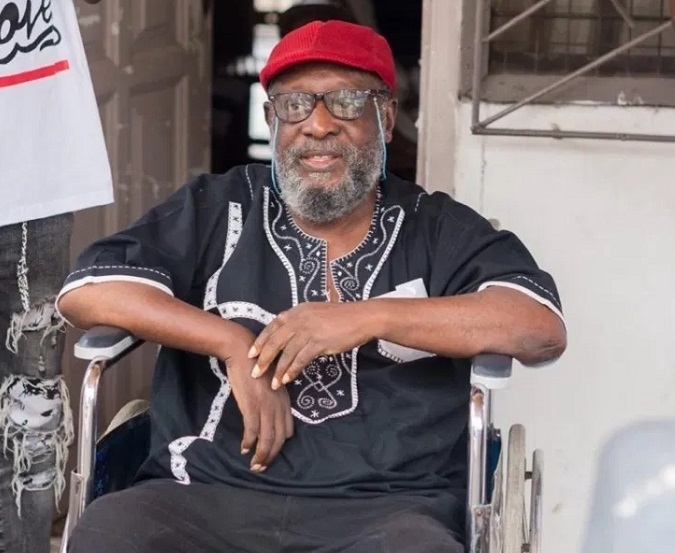 He passed on at the Korle Bu Teaching Hospital on Tuesday, February 9, while undergoing dialysis for kidney issues.

Kojo Dadson, who rose to fame for his role in productions such as Home Sweet Home had been recovering from a stroke he suffered in 2012 and which kept him wheelchair-bound for eight years.

He’s said to have died exactly two weeks after his beloved wife passed away.

Kojo Dadson also starred in many movies including Genesis Chapter X, 1967, Love Brewed in the African Pot, 1980, among others.

Together with Kofi Bucknor of blessed memory, they formed the 70s hit musical drama production, African Connection with their group Talent Incorporated. In 1978, they were selected to represent Ghana at the 11th World Festival of Youth and Students in Havana, Cuba.

Later, he formed his own band, Black Generation and entertained many events and functions.