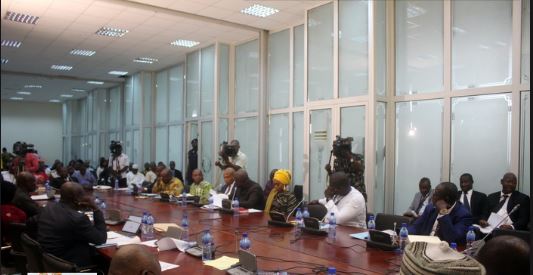 The Appointments Committee of Parliament has suspended sittings momentarily to seek clarity on the Ministry of Public Enterprises, a new portfolio created by President Akufo-Addo.

The committee has currently gone into a conclave amid confusion over the portfolio of the nominee.

This happened when the Minister-designate, Joseph Cudjoe appeared before the committee for his vetting today.

Minority Leader, Haruna Iddrisu contended that it would be inappropriate to go ahead and vet the nominee when there is no Executive Instrument backing the Ministry.

After suggestions from other members of the committee including Patrick Boamah and Okudzeto Ablakwa, the Chairman of the committee agreed to consult and resolve the issue before the vetting resumes.