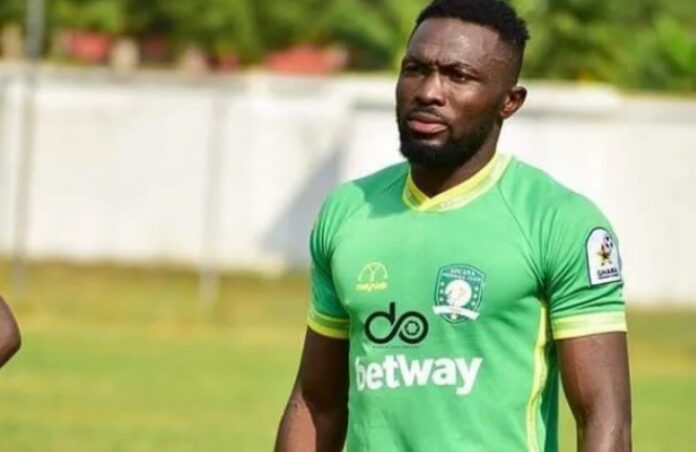 The Aduana Stars defender Farouk Adams, who knocked down and killed a police officer on the Asuotiano – Berekum road will be arraigned before court today (Wednesday).

According to the Dormaa Ahenkro Divisional Police Commander, C/Supt Appiah, his outfit will pray the court to remand the suspect into police custody at the Wemfie Police Station while investigations continue.

Adams was arrested after he knocked down and killed the motor riding police officer who was returning back home after close of work on Monday night.
Police say the former Bibiani GoldStars defender sped off shortly after he knocked down the officer.
Investigations led to Adams arrest in less than twenty-four hours of the incident and has been held in police custody for further investigation.
Source: Kasapafmonline.com/102.5FM