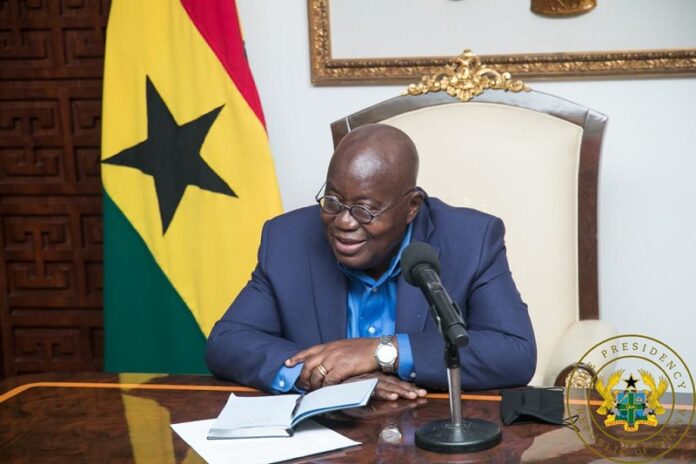 The Convention People’s Party(CPP) has accused the Akufo-Addo government of slapping heavy taxes on Ghanaians so as to recoup the resources expended on the freebies during the Lockdown last year.

When the pandemic heightened, the government stepped in to implement several measures such as free water and subsidized electricity, funding support to small businesses and tax reliefs to mitigate its effects.

“It is my conviction that, in times of crises, it is the duty of a responsible and sensitive Government to protect the population, and provide relief,” President Akufo-Addo said in his 15th broadcast to the nation on the update on the COVID-19 pandemic.

However, the tax burden of the ordinary Ghanaian has increased in the 2021 budget as government is proposing a new tax on petroleum products.

This new tax, the Sanitation and Pollution Levy, is to fund investment in the areas of sanitation and pollution.

The other proposed tax in the budget is the COVID-19 Health Levy of one percent on VAT Flat Rate Scheme and one percent on the National Health Insurance Levy (NHIL) as part of revenue measures to help the economy recover from the effects of the coronavirus pandemic.

Commenting on the fallout from the 2021 Budget, the CPP said it is rather puzzled by the u-turn of the Akufo-Addo-led administration in respect of its promises on taxation, when in opposition.

“How on earth can a Valued Added Tax be implemented and increased by 1% by the same group of people who kicked against it in a “Kume Preko” march that took away the lives of Ghanaians and maimed others was the sacrifices worth it?

“The CPP believes that this populist government has behaved like” Father Christmas”
by giving free electricity, free water, free food etc. and now collecting the payment
through taxation. They give with their right hand and use their left hand to
nicodemously pick from our pockets.

“It is sad to recollect that this is the same party in opposition who said when they
come to power they were going to reduce taxes, free Ghana from debt and loans
and prudently use our domestics inflows to develop the nation?