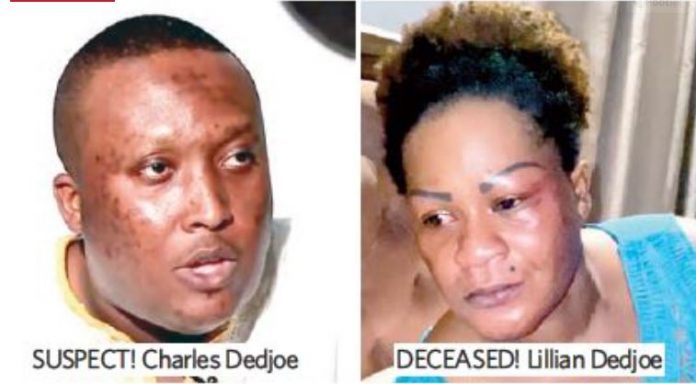 Suspect, Prince Charles Dedjoe, the man who is alleged to have murdered his wife Lillian Dedjoe has been refused bail for the second time.

The Madina District court presided over by Madam Effua Tortimah ruled, the court is not clothed with the jurisdiction to grant bail to the accused except the High Court which will try the case.

Even though counsel for the suspect Lawyer Captain Nkrabea Effah Dateh disagreed, the court said it cannot grant the suspect who is on murder trial bail.

In Court on Monday, the suspect Charles Dedjoe was not present for medical reasons.

Per a letter written to the court, Lawyer for the suspect said they have applied for bail at the High Court but the trial Judge had requested the records of proceedings.

Counsel for the suspect told the court that, the manner in which the case is being tried on social media is worrying in that, the suspect whose hands are tied cannot hold a press conference to state his side of the case.