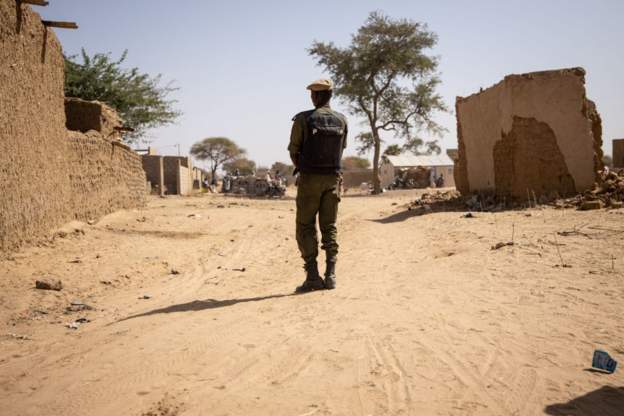 At least five people, including a pregnant woman, have been killed in Burkina Faso when the ambulance they were travelling in was destroyed by a landmine.

The ambulance was carrying the woman, her husband, a girl and two other women.

Officials say the incident happened in Gaskindé, close to the border with Mali – an area that has seen repeated attacks by militants linked to al-Qaeda and the Islamic State group.

Jihadist violence in the north and east of Burkina Faso has taken more than 1,000 lives and forced about a million people from their homes in recent years.