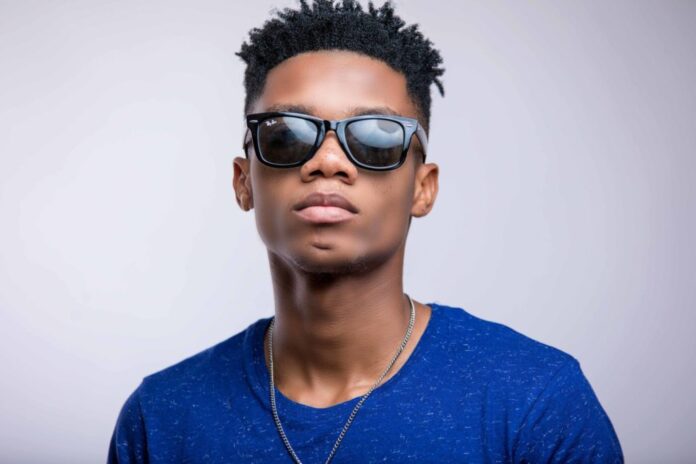 Iconic Taadi musician, Kofi Kinaata once said in his song ‘Single and Free’ that being an Arsenal supporter makes him fear no broken heart and this has been confirmed by KiDi who happens to be a diehard follower of the gunners.

Talking to Amansan Krakye on the Kastle Drive show in Cape Coast monitored by MyNewsGh.com, KiDi said he loves watching football and being an Arsenal supporter has made him suffer from a broken heart on countless occasions.

He remarked “I do follow football a lot even today in some few minutes Arsenal is having a game so I’m getting ready to go and watch.

“I’m a diehard Arsenal supporter so I have to finish watching the Arsenal match before I continue doing my studio works,” he added.

“Oh no Arsenal has broken my heart on countless times so as for broken heart when it comes to me I only shout odeeshi,” he ended.

Arsenal Football Club will be facing Olympiacos in the round of 16 in the Europa League on Thursday, March 11 and currently are 10th with 38 points from 27 matches in the English Premier League.