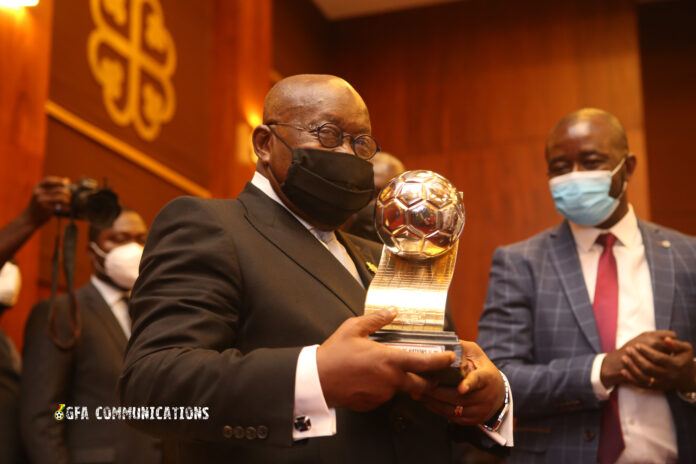 Each playing member of the Black Satellites team has received US$10,000 reward for winning the Africa Under-20 tournament.

Speaking on Tuesday, President Addo-Addo announced a $10,000 package for each of the 27 players who played at the tournament and nine technical team members, amounting to $330,000.

Each playing member will receive $5,000 in cash will the remaining $5,000 invested in bonds which will mature in 10 years’ time.

Ghana beat Uganda 2-0 in the final to win a record fourth African title on Saturday, March 6, 2021 at the Olympics stadium in Nouakchott, Mauritania.