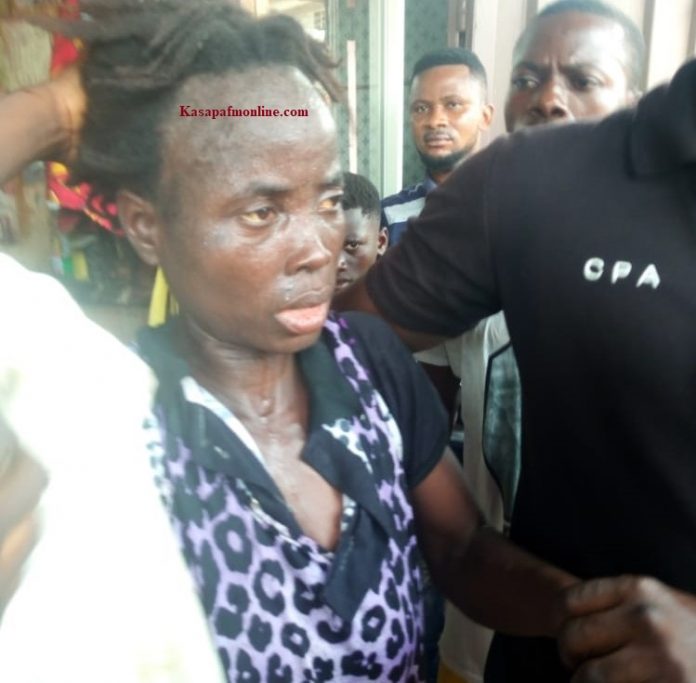 A woman believed to be in her early 30s has been arrested at Mankessim in the Mfantseman Municipality of the Central region for allegedly stealing a 2-year-old boy.

A pure water seller spotted the said woman feeding the young boy with plantain chips at the Accra-Kumasi station in Mankessim.

The boy’s Agnes Mensah together with some others rushed to the scene and saw the lady with the little boy and caused her arrest.

Upon interrogation, the suspect said the little boy was brought to her by her sister whom she could not tell her whereabouts.

She however vehemently denied the accusation of stealing the child.

The Mankessim Police have commenced investigation into the matter.