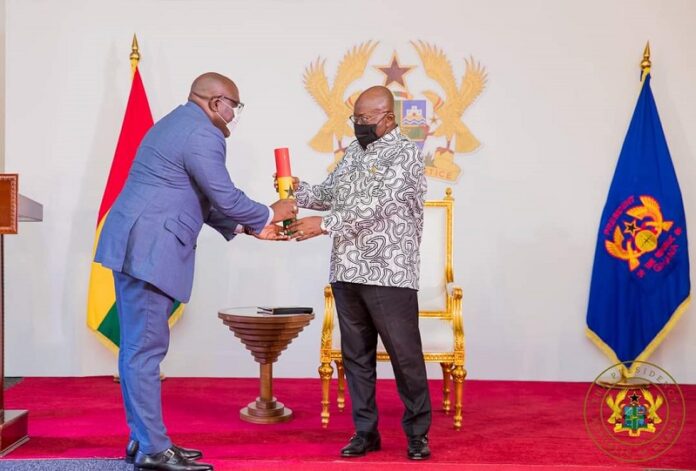 As a Young Political Activist and Journalist in Kwahu, it is with much respect that I congratulate you on your new position as the Eastern Regional Minister and remind you of some important areas your government needs to immediately consider so far as developing the country is concerned.

Let me call you Uncle in this article because your cordial relationship with most of the people in your area is exceptional and I must say, you are the right man for the job.

But Uncle, don’t forget that we are not going to sing praises when we know things are not well under your tenure as the Eastern Regional Minister, but for me, I am confident you will deliver massively to expectation.

On Thursday, 11th March 2021, President Nana Addo Dankwa Akufo Addo swore into office you and all the other fifteen (15) Regional Ministers at a ceremony at Jubilee House, the seat of the nation’s presidency.

In his remarks, he urged you all to provide leadership in your respective regions that will ensure that the work on which Govt collectively embarked benefits the progress of our nation, and helps raise the living standards of our people.

Dear uncle, this could be achieved if you accept criticism and have the desire to listen to the cry of the people no matter what or how the news is delivered.

Beginning this year, I wrote an open letter to the seat of the President over the state of Kwahu indicating three areas that needed to be addressed namely: Kwahu Roads, Afram Bridge and the Nkawkaw Sports Stadium.

The said article was published on starrfm.com.gh, kasapafmonline.com and other respected websites.

Uncle, I am aware you are not only serving the people of Kwahu thus: your leadership style will focus on every part of the whole Eastern Region.

Yes, I know Mr Seth Kwame Acheampong, the father for all Politician but please as an Akan proverb says: “S3 y3 b) dam a yedi firi fie” meaning the implications towards madness begins at home: please don’t forget the poor road networks in Kwahu.

I know your positive relationship with the Roads and Highways Minister Akwasi Amoako Attah, the Member of Parliament for Atiwa West.

He has once revealed on Agoo FM your efforts to ensure some of the roads are fixed when you were serving as the Member of Parliament for Mpraeso Constituency.

Being the Minister of Roads and Highways he said: “Seth Acheampong has been pressuring me to ensure most of the road networks in Kwahu South are fixed”.

Uncle, as I welcome you today, I am using this opportunity to remind you of the fight you started on Road Networks but this time, not only Kwahu South but Kwahu and Eastern Region as a whole.

There are so many problems confronting us, my welcome message is only attached to the poor road networks in Kwahu, and Eastern Region.

Please don’t hesitate to continue pressuring the Minister for Roads and Highways as he mentioned sometimes ago over your efforts towards the construction of road networks.

We wish you all the best as the Eastern Regional Minister, Seth Kwame Acheampong.