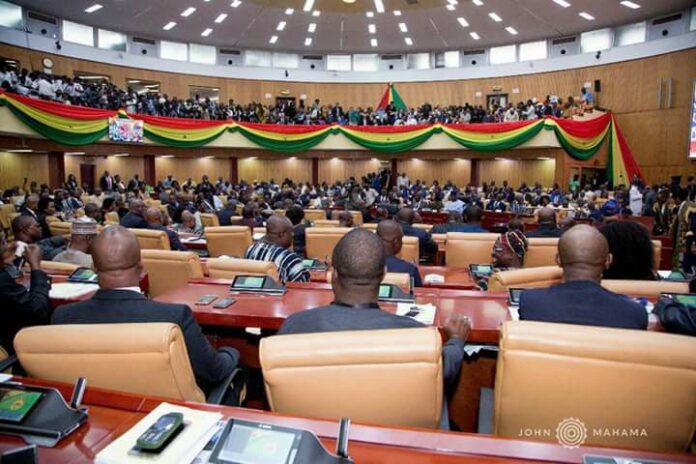 Parliament has resumed sitting today to consider among other things a petition brought before it by Founder of collapsed uniBank Ghana Limited, Dr Kwabena Duffuor.

A similar petition has also been presented to Parliament by the founder of defunct UT Bank, Prince Kofi Amoabeng.

Both petitions are expected to be laid today, March, 22, 2021 before noon.

Dr Kwabena Duffuor has petitioned Parliament to investigate circumstances that led to the collapse of the bank by the Bank of Ghana.

In a petition to Parliament, Dr Duffuor is asking Ghana’s law-making body to:

(ii): Direct the restoration of the banking license of uniBank Ghana Limited by the Bank of Ghana and the remedying of the harms done the shareholders’ property rights as a result of the conduct of the Bank of Ghana;

(iii) Give any other directives that Parliament may deem appropriate.

uniBank went into official administration on March 20, 2018, and was eventually collapsed by the Bank of Ghana on August 1, 2018.

The local bank was one of five banks merged by the Bank of Ghana (BoG) into the Consolidated Bank Ghana Limited.

Official Administrator, KPMG, in the course of its audit discovered that about GHS5.7 billion was owed by shareholders of uniBank as of March 20, 2018.

The GHS5.7 billion was the focus of a previous suit by Nii Amanor Dodoo who was acting as the Receiver.

Among other things, the bank’s interest income and other sources of income were said to be insufficient to cover the associated cost of funds of underlying borrowings and liabilities, as well as overheads of about GHS0.31 billion per annum.

These claims have, however, been challenged by the bank’s directors and Dr. Duffuor also sued to get the court to declare the license for the Consolidated Bank null and void.