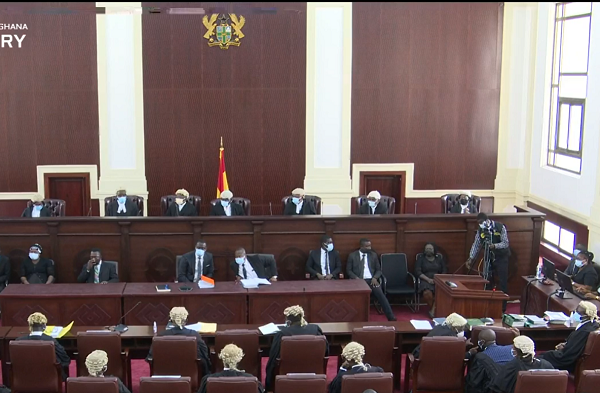 The apex court panel of seven fixed the Judgment day, after disposing off all other pending motions.

Former President Mahama is challenging the declaration of President Akufo-Addo as the winner of the 2020 presidential election by the Chairperson of the Election Commission (EC), Mrs Jean Mensa, on December 9, 2020.

He contends that per the figures used in the declaration, no candidate obtained more than 50 per cent of the total valid votes cast as stipulated by Article 63 (3) of the 1992 Constitution and, therefore, the declaration by the Chairperson of the EC on December 9, was unconstitutional.

The respondents ( the EC and Akufo-Addo) in their response argue that the figures on the declaration made by Mrs Mensa clearly show that President Akufo-Addo got enough valid votes to meet the constitutional threshold required by Article 63 (3) of the 1992 Constitution.

They also contend that the petition does not even satisfy the constitutional requirement for a presidential election petition within the remit of Article 64 (1) of the 1992 Constitution and, therefore, the petition is dead on arrival.

The petition filed on December 30, last year is the second presidential election petition in the history of the country.

Judgement on Rasta impasse: Journalists walked out from courtroom