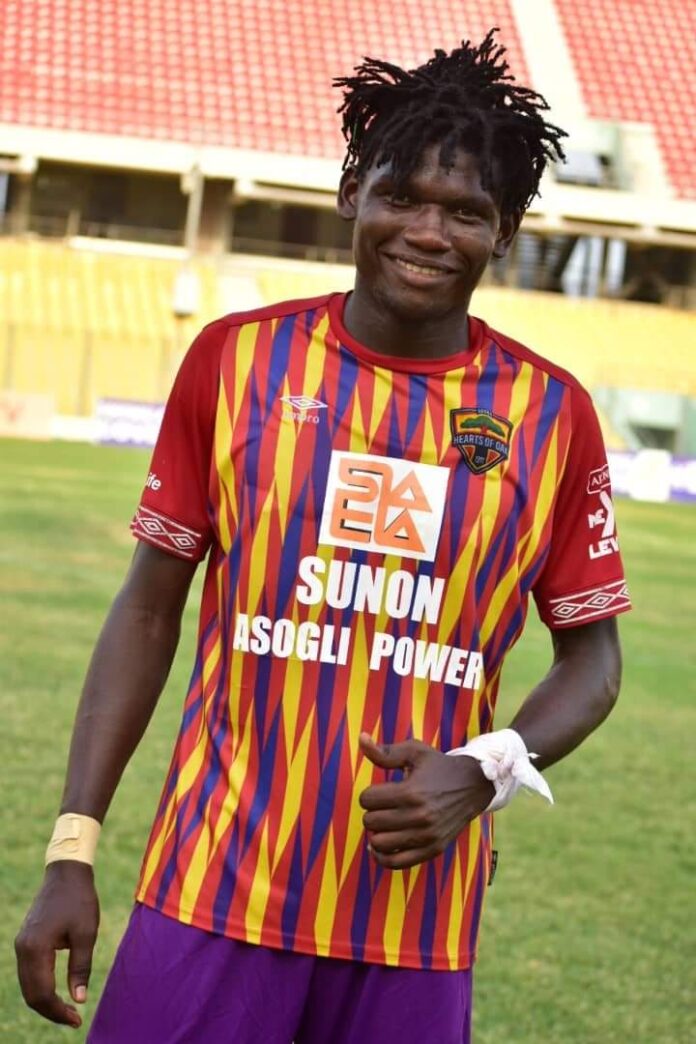 Hearts of Oak star Raddy Ovouka has been handed a call-up into the Congo national set-up for their 2021 Africa Cup of Nations qualifiers later this month.

Congo will be squaring off against Senegal and Guinea Bissau in Group I of them ongoing qualifying campaign.

The marauding full-back has established himself as an instrumental figure at the club, featuring in all of the side’s seventeen (17) games during the first round of the 2020/21 Ghana Premier League.

Ovouka, who many believe is the best left-back in the Ghanaian top-flight, is expected to clock some minutes when he joins the team in a fortnight time.

The 21-year-old was called up by the Central African nation for the doubleheader against Eswatini on November 12 and 16, 2020.

However, the games were called off following the emergence of the deadly Coronavirus.

Ovouka has registered three assists and netted one goal in 17 outings for the Phobians so far this term.

Congo will host the already-qualified Teranga Lions of Senegal at the Stade Alphonse Massamba-Débat on March 26, 2021.

The Red Devils will play as guests to Guinea-Bissau four days later.