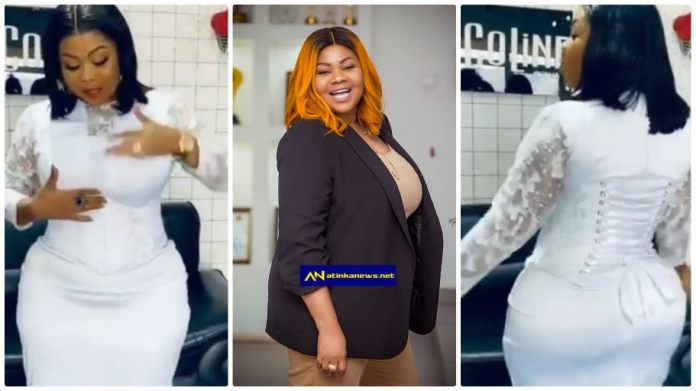 The beautiful musician recently shared a video of herself flaunting her curves.

In the said video, Mrs Adorye was captured in an all-white outfit with her waist and stomach on full display.

While some social media users commended her for her ‘new’ shape others slammed her for having done liposuction which some saw as a wrong move because she’s a gospel musician and must not be seen to be ‘following the world’.

In an interview on Peace FM’s Entertainment Review show on Saturday monitored by Kasapafmonline.com, Empress Gifty stated that anything concerning her body is not an issue for discussion on radio.

“My body, from head to toe the person who has control over it is Mr Hopeson Adorye, everything about my body I don’t think I have to say it on air.

“…this question you are asking me…, there are a lot of things in this country that we need to talk about. I still remain Empress, I’m married to a public figure and I do things that wives of public figures do. As I speak to you now, I’m not ready to answer whether I’ve enhanced my buttocks or not.”