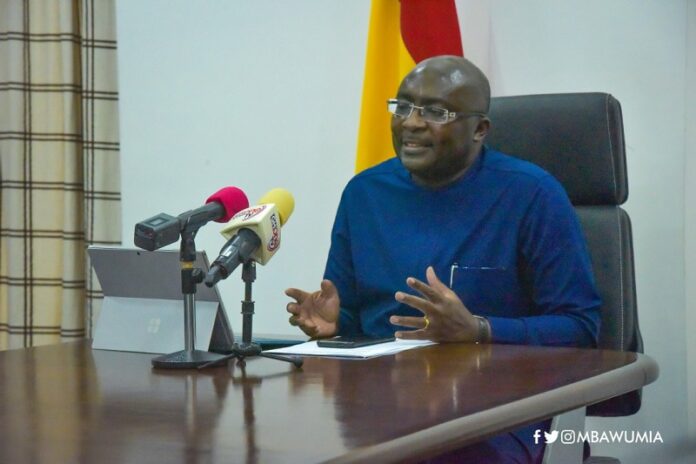 The Vice President has dismissed the ongoing campaigns for his Presidency in the 2024 elections.

This comes in the wake of the emergence of a new poster on social media, with the hashtag [Break The 8] that seems to push an agenda for current vice president, Dr. Mahamudu Bawumia, to be considered for election on the ticket of the New Patriotic Party (NPP) in the 2024 elections.

However, a press statement signed by the Spokesperson to the Vice President,Dr. Gideon Boako asked the public to ignore such campaigns insisting he’s only focused on
assisting the President to transform Ghana.

“The Office of the Vice President has taken notice of the proliferation of posters around the country apparently promoting H.E. Dr. Mahamudu Bawumia as the candidate of the NPP for the 2024 elections.

“For the record, the Vice President has not given his consent to these and other associated activities. The Vice President remains focused on assisting His Excellency the President in the execution of his agenda to transform Ghana.

“This is where everybody’s focus should be.”

Already, the national executives of the New Patriotic Party (NPP) are engaging the party structures as the party seeks to re-energise, restructure and reposition itself to deliver the #breakthe8 agenda in the next elections.

The national executives on March 19, 2021, commenced a working tour of the regions and constituencies across the country to push the agenda.