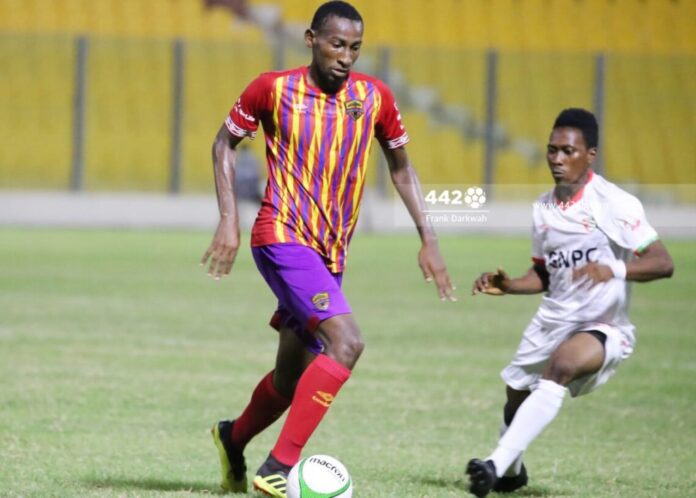 The player’s agent Samuel Joel-Atolagbe claimed his client had been neglected following the serious injury, which has kept him out of action for more than three months.

“We have been trying to push the club to do something about his injury , I proposed i can get the player to be examined in Lebanon but the club is not responding,” Joel-Atolagbe told Kumasi-based Oyerepa FM last week.

However, Odotei has offered explanation as to why the player’s treatment has delayed.”

“After initial treatment failled to cure him He had an MRI which showed that he needs surgery. Two local hospitals were recommended so we got invoices from them.

“However his agent came in to say he xould want the surgery to be done in Jordan and gave a contact to for us to ascertain the cost. The agent got back to us just this Monday evening with unofficial estimates not on any letterhead.”

“We are on meeting player now to let him know the way forward. It has delayed because of his agent not because of the club, ” Odotei explained.

The 23-year-old joined Hearts of Oak before the start of the season after leaving Sudanese side Al Merrikh.