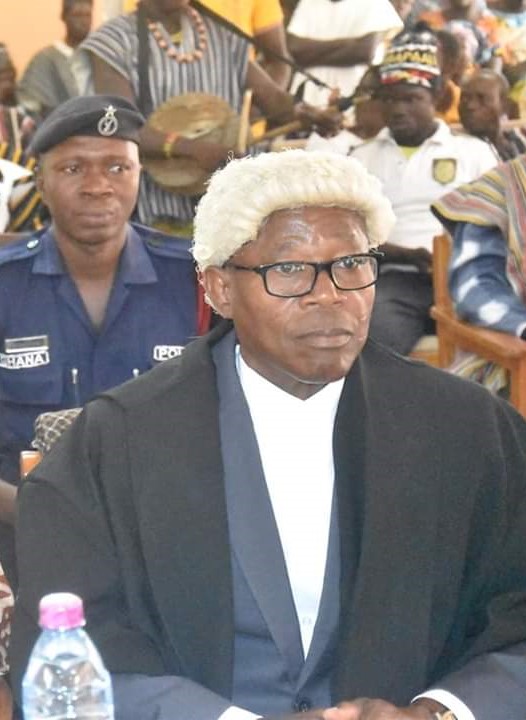 The High Court judge who got himself disqualified through an exposé that also saw a Minister of State at the Presidency, Rockson Ayine Bukari, resign from government for attempting to cover up an investigative story has been transferred to the Obuasi High Court in the Ashanti Region.

His Lordship Justice Jacob Bawine Boon recused himself from a civil case he was handling after he was confronted with evidence gathered by the EIB Network’s investigative journalist, Edward Adeti, that he was having secret meetings at his Bolgatanga residence with officials of the Shaanxi Mining Company Ltd, a Chinese company. Shaanxi was involved in a legal battle as a defendant before Justice Boon against another foreign company (Cassius Mining Company, from Australia) at the time of Adeti’s investigation on the judicial system.

Justice Boon’s transfer comes after a critique written by Adeti was published online. Adeti’s piece countered some rumours and fabricated reports that suggested that an unknown committee purportedly set up by the Judicial Service of Ghana had cleared Justice Boon of any wrongdoing. Besides, some media reports said that the Bolgatanga Circuit Court exonerated Rockson Bukari but the reports turned out to be misleading as the Bolgatanga Circuit Court debunked them as false because Rockson Bukari (a public officer) was never arraigned before any court for trial and was never exonerated over his bribery scandal.

Meanwhile, an anti-corruption organisation, the National Patriots against Injustice and Corruption (NAPAIC), has lodged a petition with the Commission on Human Rights and Administrative Justice (CHRAJ) to investigate Rockson Ayine Bukari further and has asked President Nana Addo Dankwa Akufo-Addo to ensure that the resigned Minister of State is prosecuted with the “overwhelming evidence” against him.

President Akufo-Addo accepted Rockson Bukari’s resignation in 2019 after damning tapes of the minister’s bribery scandal emerged and went viral. Rockson Bukari of his own free will cited a traditional chief and member of the Council of State in Adeti’s undercover tapes as a co-conspirator behind the desperate attempts to prevent the journalist from exposing Justice Boon and the Chinese mining company.