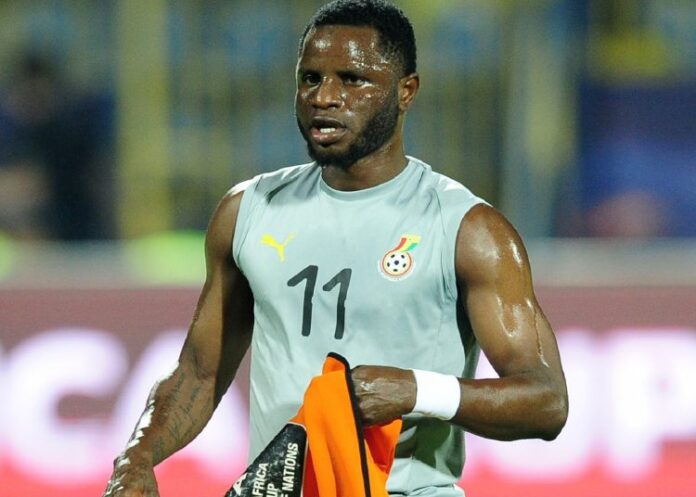 Ghana International Mubarak Wakaso is set to join Asante Kotoko in the ongoing transfer window, according to a report by  Finder Sports.

The rumoured transfer has been gathering some momentum on social media over the last several hours. Finder Sports’ checks suggest what initially appeared as wishful thinking could actually have some substance.

The move, if it happens would not be strange considering the fact that Wakaso is without a club following the collapse of his Chinese club Jiangsu Suning FC due to financial reasons.

According to insiders, Mubarak Wakaso will join the Porcupine Warriors on an initial six months loan deal while he sorts out his long term future.

His addition will be a big boost for Asante Kotoko and would also add to the appeal of the Ghana Premier League which already has the likes of Asamoah Gyan and Gladson Awako.

Wakaso has vast experience playing in some of the best leagues in the world and would offer guidance to the plenty young players at Asante Kotoko.

Wakaso is currently training with the Black Stars ahead of the final two games of the 2021 AFCON qualifying campaign.

The Black Stars will play South Africa as well as Sao Tome and Principe to round off the qualifying series later this month.

Ghana needs at least 3 points from those two games to seal qualification.