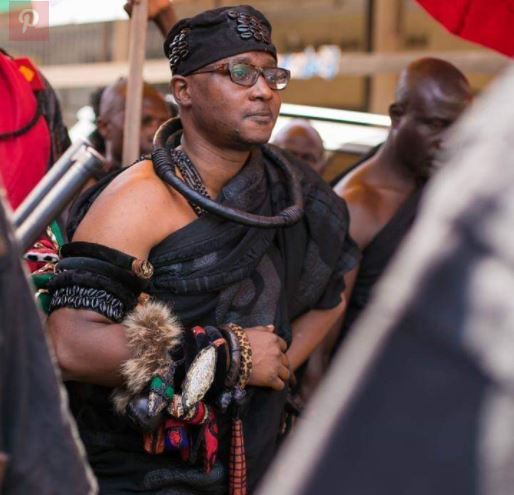 A lecturer at the University of Environment and Sustainable Development, Dr Michael Ayertey Nanor has advised the Kwahu Traditional Authority and the entire populace not to resort to demonstration in this era of the covid-19 pandemic over the poor state of road networks in the area.

According to him, the Chiefs should rather summon the Eastern Regional Minister, who is a son of Kwahu and a very good ally of the Road Minister, Kwasi Amoako Atta to come to give them timelines as to when the dilapidated roads within the Kwahu Block would be constructed.

The former Lecturer of the Presbyterian University College, Kwahu Campus speaking on Agoo FM’s Fire Issues on Saturday, March 20, 2021 stated that “I don’t think demonstration in this particular moment is the best. But the traditional authorities can use other forum like press conferences or press statements to make their case and/or also summon the Regional Minister who is their son to tell them steps he’s taking to address the problem and give vivid timelines.”

He told host Obrempong Kweku Asiedu that “I know Regional Minister (Seth Kwame Acheampong) is a close ally to the Road Minister and can, with him deliver to the good people of Kwahu. Also, Nananom should also with unity and support from the well meaning and successful Kwahu citizens do something and not sit down unconcerned.”

Some residents have expressed their readiness to join KwahuHene Daasebre Akuamoah Agyapong II should he lead a demonstration against poor road networks in Kwahu.

This follows promise made by President H.E Nana Addo Dankwah Akufo-Addo that some road networks in Kwahu especially Abene would be constructed before Easter 2021.

Despite the beautiful tourist sites in Kwahu, one major concern affecting residents in the area is the poor state of roads network.

There have been lots of calls from farmers, residents, journalists and other stakeholders on successive governments to address road challenges but none of these calls have been considered.

The President has declared year of roads since 2020, Kwahu is yet to experience any development so far as good road is concerned.