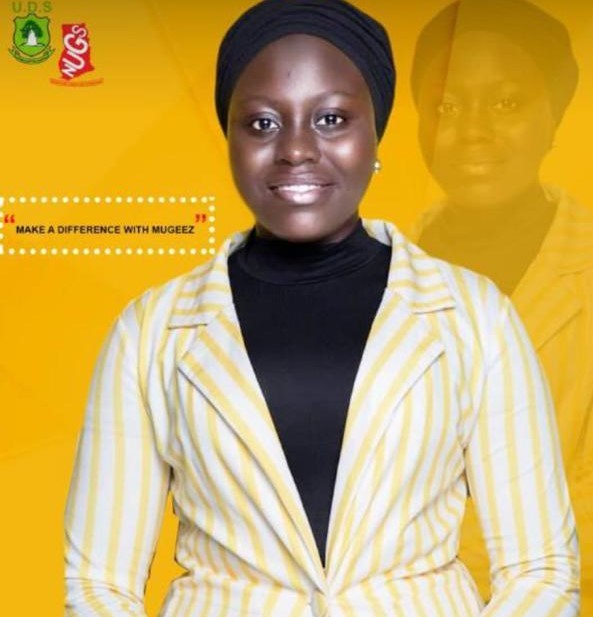 A level 400 female student of the S.D. Dombo University of Business and Integrated Development Studies (SDD-UBIDS) in the Upper West Region has beaten her male competitors to emerge the first-ever female NUGS president in the University.

Miss Yahaya Mugis, a B.A Social and Development Administration student was poised and committed to stunt the male supremacy in the university.

Views about her chances were split as some students discounted her ability to clinch the position, fearing that the shadows of the males’ historic dominance over the portfolio might play out again.

Some students including herself thought it was a ‘mission impossible’, in garnering more votes and thereby winning the most venerable position.

This has however come as a surprised and shock to herself (Miss Mugis) and several other students after cruising two male contenders to appear victorious.

The young lady won with a margin of over 200 votes in a Cliff-hanger runoff election at the Upper West premier University.

The female President pledged to direct her energies towards addressing the numerous hiccups faced by the University over the years in collaboration with the council.

She is also confident of enhancing female participation on campus as a measure to reduce male dominance in the institution.