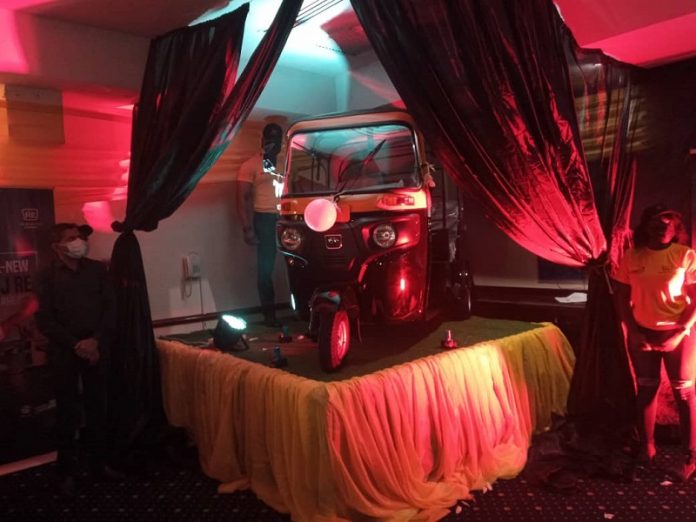 Tricycle maker Bajaj Auto Ltd has cited unfavourable legislation as a major barrier to its quest to provide swift and economical means of cycling transport to the Ghanaian Market.

Management of the company’s sole authorized dealer Somoco Ghana Limited made the observation at the launch of its latest brand RE4 Rickshaws in Kumasi.

Manager of Somoco Ghana Mr. Shankar indicated that though the company has contributed immensely in creating jobs for over two thousand five hundred riders across the country; dealers remain uncertain about the future of the legal space regarding the use of their bikes for commercial passenger transport.

He told Ultimate News, “Every investor needs to be sure that his money is safe because you will never know when government will say it is not legalizing things and this is clearly not under our control.”

“We have approached the government and some Members of Parliament and I am sure they are looking forward to discussing it knowing very well that it formed a major agenda in the previous elections,” Shankar disclosed.

The Bajaj RE4S which was outdoored at a colorful event, has been retooled with enhanced safety and aesthetic features which should offer the riders and passengers better comfort and flexibility than experienced in the current RE three-wheel rickshaw.

The RE4S have been reengineered with robust safety features including an improved front fork, high-powered clear headlamps, a bigger rear view mirror and a redesigned dashboard, fitted with a remote-controlled MP3 player.

Aside the new rear grill, complaints about rider fatigue and pains in the foot has been resolved with a driver footrest.

Bajaj Auto has also improved the style quotient of the vehicle with a stylish body and a transparent passenger hood to allow passengers a 360 degrees view without having to stick their heads out to have a clear rare view.

Chairman of the commercial passenger tricycle Riders Association in Kumasi Alhaji Mohammed Kamil pleaded with the company to endeavor to manufacture superior bikes with doors that could protect passengers from accidentally falling off.

“Some people sit in the tricycle with their children on their laps. If there were doors we will be more assured of the safety of these children secured on these tricycles,” he pointed out.

As part of the launch, Somoco Company Limited further extended its open doors to interested dealers along the servicing, spare parts and vehicle sales supply chain to approach the company for business.