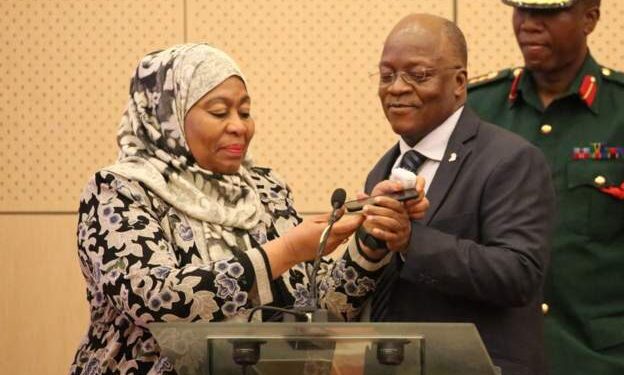 Tanzania is mourning a sitting president for the first time in its history following the death of President John Magufuli on Wednesday evening.

According to the constitution, Vice-President Samia Suluhu Hassan will be sworn in as the new president and should serve the remainder of Mr Magufuli’s five-year team which he began last year..

Ms Hassan will be the sixth president of Tanzania and the second from the country’s semi-autonomous islands of Zanzibar.

After taking the oath of office, she will consult with her ruling CCM party to nominate a vice-president.

According to the constitution, since she hails from Zanzibar, her deputy is required to come from the mainland.

The nominee must be confirmed by a minimum of 50% of MPs.

Should Ms Hassan stay on as president for three years or more, the law states that she will be allowed to run for the presidency only once.