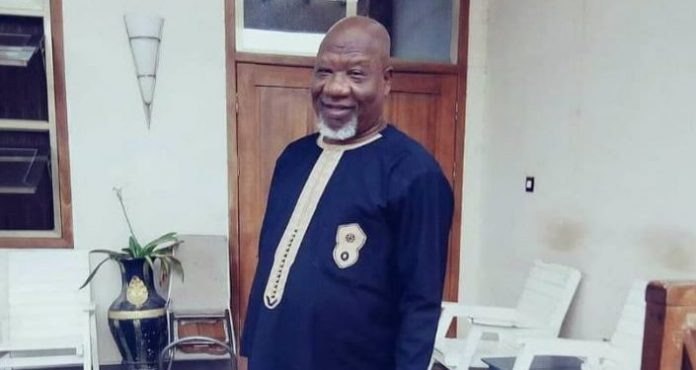 The youth wing of the National Democratic Congress(NDC) in the Central Region has welcomed the expulsion of the former Central Regional Chairman from the party.

A statement issued by the party’s youth wing in the region said Allotey Jacobs was a nuisance to the party, hence his dismissal is in the interest of the party.

“We write on our behalf as Youth Leaders of the NDC in Central Region and on behalf of all the teeming youth of the party in the Region to express our sincere appreciation to the Functional Executives Committee Members of the NDC for dismissing Mr Allotey Jacobs from the party.”

The statement continued:”It is worth noting that, the expulsion of Mr Allotey Jacobs serves as an image cleansing endeavor for the NDC fraternity in Central Region since his continued stay in the party was a dent and an indelible blot on the image and reputation of all party members in the Region, especially the younger generation.

It added:”We solemnly affirm our unalloyed commitment to the cause of the party, now that the “black sheep” has been driven from our midst and our territory purged of an insatiable saboteur.

According to the party, it took the action against Mr. Allotey Jacobs for misconduct and anti-party behaviour.

The party disclosed that its Disciplinary Committee made the recommendation and was adopted by the Functional Executive Committee unanimously.

“At our meeting on Wednesday 17th March 2021,  the Functional Executive Committee of the NDC considered the report and recommendations of the Disciplinary Committee on the case or misconduct and anti-party behaviour brought against you Mr. Allotey Jacobs pursuant to articles 48(I) (b) and 8 (b) of the NDC Constitution.”

“The Committee’s report which is herein attached for your attention found you guilty of the said allegations of misconduct, anti-party conduct and recommended among other things your immediate expulsion from the party. The Functional Executive Committee acting in compliance of Article 48(1) of the NDC Constitution has unanimously adopted the report and accepts fully its recommendation for your expulsion from the party.”