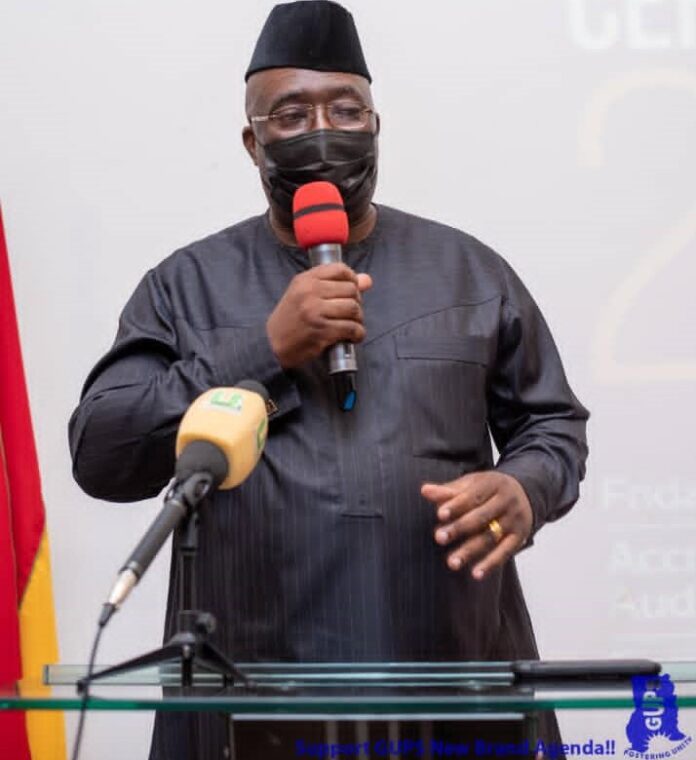 The Former Minister of Railway Development and MP for the Essikado-Ketan constituency Hon. Joe Ghartey has tasked the new executives of the Ghana Union of Professional Students to work assiduously for their names to be remembered in the union.

He noted, “as a human being you should stand up for something otherwise you will be remembered for nothing, so as young Professionals work hard for your names to be remembered in the future”.

Speaking at an event as the Guest of Honor to hand over and Swear-in the newly elected executives of GUPS at the Accra Metropolitan Assembly Auditorium, the Former Minister pointed out that the leaders should take their positions seriously towards addressing the needs and interest of their members.

The Lawmaker further admonished the young leaders to undertake their activities selflessly to become among the great people in the country, hence make Ghana a great Nation.

He said, “I want to encourage you to take your positions seriously and work hard to become among the great people in our country, a nation is great when its people are great.”

Mr. Ghartey also scolded the GUPS executives not to be each other’s enemies thereby killing their own dreams as a result of different political affiliations. 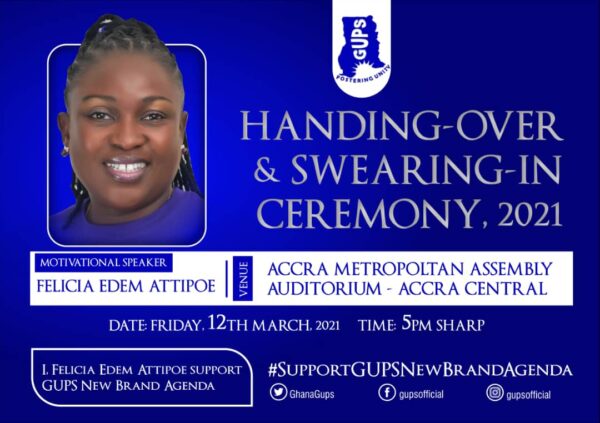 On her part Madam Felicia Edem Attipoe the First Female Marshaller advised the union leaders to desist from pursuing their personal interest at the expense of the larger population but undertake projects that will leave a mark after their tenure.

She also encouraged them to devoid of despotism and accept the views of every member. 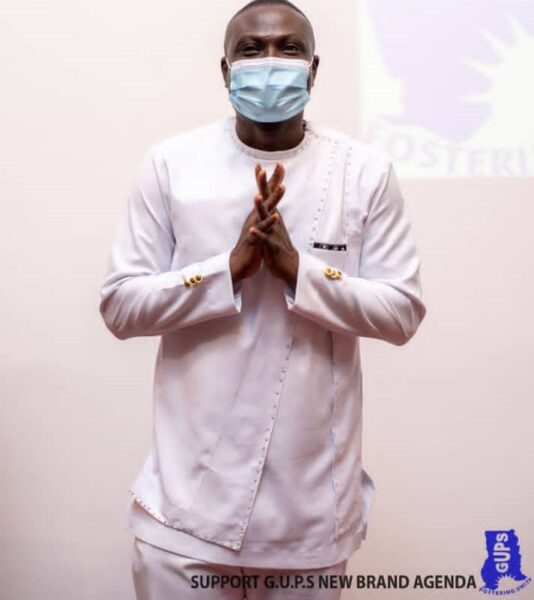 In his acceptance speech, the new President of the union Mr. Stephen Kwesi Acquah pledged to the various member institutions that he will be a president of all and thereby avoiding any form of partiality in his government.

Mr. Acquah also assured of undertaking a number of projects including decentralizing GUPS to the regions, Intensify campaigns to lift the name of the union, continue the GUPS entrepreneurial Hub project which seeks to support Student Entrepreneurs among others.

The President also stated a number of challenges confronting the union including inadequate funds, no means of transport, poor housing facilities for some member institutions and many others.

This he appealed to President Akufo Addo and all well-meaning citizens to come to their aid urgently and address the slew of challenges faced by the Professional body.

He also pleaded with the president to create a space for Professional Students to showcase their ideas to help accomplish the nation’s dream of Ghana beyond aid.

The Accra Metropolitan Mayor Mr. Mohammed Adjei Sowah thanked the young professionals for putting up such an event to transition the union.

He assured that all the concerns raised by the union’s leader will be sent to President Akufo Addo for a possible solution.

The event was also graced by The Madina Constituency Chairman Mr Eric Nartey Yeboah and the CEO of the Coastal Development Authority Lawyer Jerry Ahmed Shaib.

Meanwhile, the Ghana Union of Professional Students (GUPS), is a nonpartisan body under the National Union of Ghana Students (NUGS) and was set up to fight for the rights and interests of professional institutions in Ghana.

GUPS currently has a membership of over 35 Professional Universities across the country.