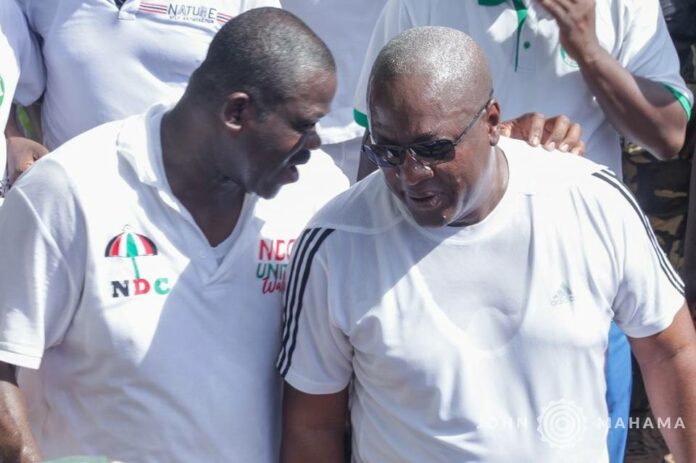 The National Organizer of the National Democratic Congress (NDC), Joshua Hamidu Akamba has revealed that the lone seat[Binduri constituency] lost to NPP in the Upper East Region was as a result of betrayal from some party members.

Speaking on Kasapa 102.5, the NDC National Organizer said the Peoples National Convention (PNC) used to be the strongest in the Upper East but the NDC by dint of hard work currently has the majority of seats in the region.

“Now, we have been able to crush the NPP and succeeded in annexing just one seat. I am sure that the meetings I had with people in that particular constituency if they’d listened to me we would have taken over the Upper East region,” the NDC’s National Organizer stressed.

He continued “You cannot read the minds of people. With the hardwork we put in there I saw that there was a problem with that particular seat. So I called the regional chairman, organizer, and secretary with me to visit one leading member and warned them of the risk in losing that seat.”

Mr. Akamba however, reiterated that the issues in the constituency had to do with internal contest adding that the NPP was successful with their strategy at the eleventh hour.

“Some of our own members decided to fall for it and betrayed the party. That was exactly the things I saw and I warned them about,” he reiterated.

Out of the 15 seats in the Upper East Region, the NDC won 14 seats representing 93.33% whiles NPP won a seat at Binduri Constituency representing 6.67% with Abanga Abdullai as the current Member of Parliament for the area.