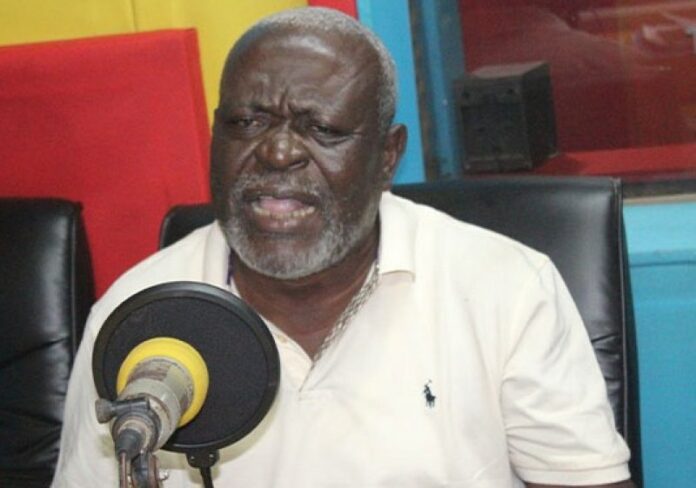 According to him, the amount made public and for the whole world to know is also an embarrassment to the President and the nation as a whole.

“Can you imagine that on the radio stations and national Television? In fact, the world was watching that we are targeting $25 million dollars for AFCON. If I am President Nana Addo I would have sacked the minister immediately,” Kofi Manu disclosed on Ghana Kasa/Kasapa FM 102.5 Friday.

Ghana’s Sports Minister Mustapha Ussif has disclosed that $25 million would be needed to fund the campaigns of the senior national football team, the Black Stars during the 2022 Africa Cup of Nations tournament and the FIFA World Cup tournament.

The Minister has come under pressure on the amount quoted for the campaign. Mustapha Yusif has however, explained that the $25 million funding is to cater for all the national teams and not only for the Black Stars.

Meanwhile, Mr. Manu stated it was pointless for the Sports Minister to come out again, after the President’s inauguration of the committee to raise funds for the Black Stars at the Breakfast meeting and the government already committing $10 million.

“How can you embarrass a whole President to that extent, we have exposed ourselves to the whole world. Why will you as a minister after the President has given this fine address then come and say something different? What the minister is doing is not the best,” he stated.

He continued: “He (Minister) has embarrassed and ridiculed the Presidency so to me, for what he has done he should resign.”

Mr. Manu recounted that the budget for the World Cup during the era of former President John Mahama was just about $14 million.

Meanwhile, he said should any country get to feature at the World Cup and manage things well there are good profits in there.

“Quite aside from the profit the mileage is huge in terms of advertisement for the countries. President Akufo Addo made this same point and the investors a country is set to have because you are going to market your country as well,” he stated.