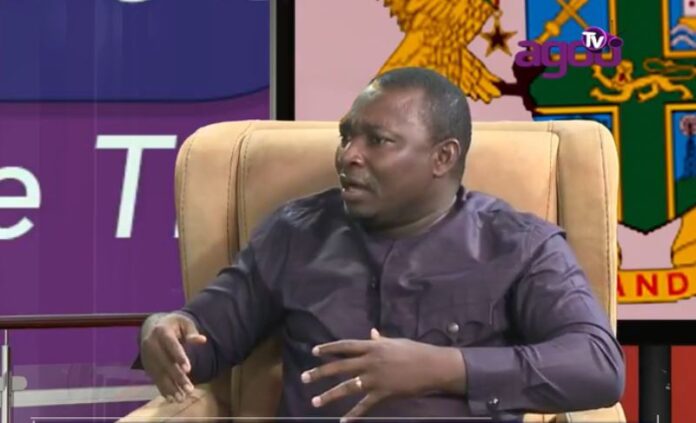 A member of the ruling New Patriotic Party(NPP) Communications Team, Solomon Owusu has stated that nothing will stop the Minister of Trade and Industry from becoming the party’s Flagbearer for the 2024 elections and ultimately the President of Ghana.

His comment is in reaction to the Majority Leader, Osei Kyei-Mensah-Bonsu, statement that the NPP will be better served if the party presents a non-Akan flagbearer for the 2024 elections.

According to him, a change in direction is required, as the party has already produced two Akan Presidents in John Agyekum Kufuor and Nana Akufo-Addo.

He noted that picking a presidential candidate from another ethnicity will also help to dispel claims that the NPP is an ‘Akan party’.

Speaking on Joy News’ The Probe, the Majority was quick to add that this was his personal opinion.

“Inwardly, I know I have the competence to lead the party but is it wise that after two Akans – former President Kufuor and current President Akufo-Addo – to present a flagbearer candidate with different ethnicity,” Mr. Kyei-Mensah-Bonsu said.

“I think it is not good for a party which has been accused by some as being overly Akanistic in nature. But not everybody would agree with me and that is the beauty of democracy.”

But Mr Solomon Owusu who’s an avowed loyalist of Mr Alan Kyeremateng believes the latter is the heir apparent to President Akufo Addo and no spokes should be put in his wheels in achieving this feat.

“Who God has blessed no man curse, nothing can stop the coming of Alan Kyerematen as NPP’s next Flagbearer and ultimately being Ghana’s next President. Even if he’s on his sickbed he’ll occupy the Presidency and the ongoing plot to block him must stop as it’s an exercise in futility. The grassroots and the patriots who have toiled for the NPP are calling for Alan Kyerematen because this is his time to lead the party. Every party that wants to win elections you pick a leader from your base, this is trite knowledge you don’t need a Solomon like me to tell you,” he said on Ghana Kasa show on Agoo TV/Kasapa FM Wednesday morning.

Internal jolting in the quest to seek a replacement for Akufo Addo whose tenure as President expires in the next four years has started quite early within the ruling New Patriotic Party.

Supporters of Alan Kwadwo Kyeremanteng, a former Minister of Trade and Industry who lost to Akufo Addo for the flagbearership slot in 2007 and 2014, and that of the current Vice President Dr. Mahamudu Bawumia have started an open campaign on social media over who leads the party in 2024 elections.