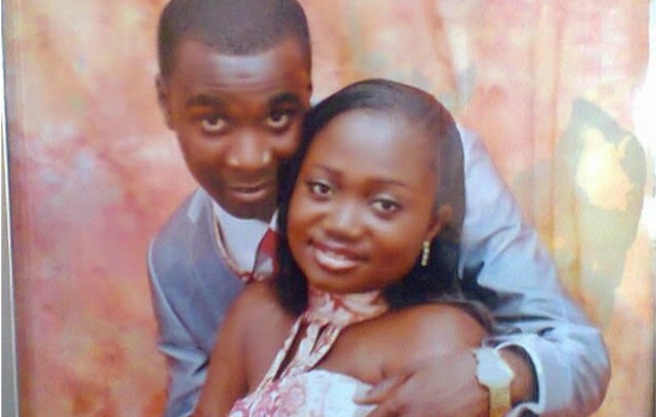 Assistant Superintendent of Police (ASP) Robert Anabiik Angmain, the investigator in the case in which one Effort Dankwa, a teacher is standing trial for an attempted murder on his pregnant wife has given evidence.

Effort Dankwa, a teacher at Engel School at Tema is standing trial for attempted murder before the Criminal Division of the Accra High Court presided over by Justice Mary M.E. Nsenkyire

ASP Angmain of the Criminal Investigations Department of the Ghana Police Service has spoken to investigation statements he obtained during the cause of his investigation.

Being led by the state Attorney Madam Joyce Deborah to give his evidence in chief, he narrated among other things statements he obtained from the accused person’s supposed girlfriend who was mentioned in the case.

Investigation cautioned statements and other relevant evidence associated with the case were all tendered.

His statement to the court pointed out that, contrary to the accused person’s claims that one Ernestina Dede, supposed girlfriend linked to the case was just his working colleague, the statement given by the said lady pointed otherwise.

It was the case of the investigator that, the said lady per her statement, noted that the accused proposed to her and requested for sex and wanted to know where he (Accused) stays to be sure before anything happens.

ASP Angmain, told the court that, the accused agreed to take her to his home, but instead of taking her to his house, he directed her to his parent’s house at Community 9.

But, the lady who had already done her background checks to know in advance where the accused person stays, went to his real house and called.

The ASP said, upon realising the lady has found his home, he turned off his phone and refused to pick her calls.

But, the accused called the lady the next day when there were lights off in their area.

He said, the accused also did tell the supposed girlfriend that, he was married because anytime she met him, he had no ring on.

According to the Investigator, the supposed girlfriend also said, accused never told her he was married, neither did he tell her he has a wife who was pregnant.

The witness also said the lady claimed he didn’t tell her he was going to kill the wife.

But, the lawyer of the accused persons James Anum has questioned the veracity of the evidence given by the Investigator.

He is currently under cross-examination from the defence lawyers especially regarding what the victim had told him.

Effort Dankwa, 36, is alleged to have shot and paralysed his wife in 2016. He was charged with attempted murder.

He was arrested in 2016 after police investigations identified him as the prime suspect in an attack on his wife, Benita Dankwa, who was then 29.

Benita was seven months pregnant at the time the incident occurred.

She was shot in the chest, in what she believed was an attempt by her husband to kill her.

She did not die but the attack left her paralysed.

She gave birth prematurely to save herself and her baby.

Investigations by the police suggested there was no break into her house the night of the attack.

The only person she spent the night with was her husband.

Mrs. Benita Dankwa survived a ferocious attack while she was eight months pregnant.