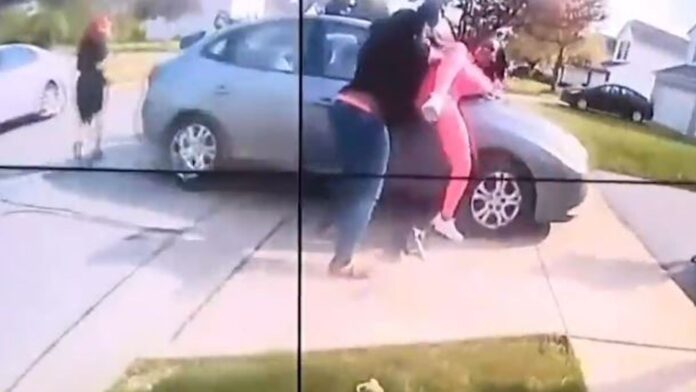 Police have shot and killed a young black girl just before Derek Chauvin was convicted of murdering George Floyd.

The shooting on Tuesday afternoon in Columbus, Ohio, came after police responded to reports of an attempted stabbing.

The caller had said females were trying to stab them and put their hands on them, according to Columbus interim police chief Michael Woods.

No further details were gathered from the caller who hung up the phone, according to The Columbus Dispatch.

It is unclear what then led to police shooting the girl but she was taken to hospital, where she was pronounced dead.

Nobody else was injured.

Woods said: “This is a tragic incident for all involved, but especially for the family of the female.

“As I said earlier, the Bureau of Criminal Investigation is conducting the criminal investigation into this incident.

“At the conclusion of that investigation, the divisional police will conduct an administrative review of the actions of this officer and all officers at the scene.”

Franklin County Children’s Services confirmed the teenager as Ma’Khia Bryant and that she was in foster care, according to The Dispatch.

Some reports said she was 15 and others said 16.

Columbus mayor Andrew Ginther said that police had body-worn cameras at the scene, adding: “We know, based on this footage, the officer took action to protect another young girl in our community.

“But a family is grieving tonight and this young 15-year-old girl will never be coming home.”

According to The Associated Press, the footage showed the officer shooting Ma’Khia as she appeared to attempt to stab two people with a knife.

A black-handled blade resembling a kitchen knife or steak knife appeared to be lying on the sidewalk next to her immediately after she was shot and fell, the report said.

The death came about 25 minutes before a judge in Minneapolis read out guilty verdicts for former police officer Derek Chauvin on three charges.

These related to the death of George Floyd, a black man who died during an arrest in May last year, after Chauvin knelt on his neck for almost nine minutes.

Kimberly Shepherd, 50, has lived in the Columbus neighbourhood for 17 years, and said she knew the victim.

She and her neighbour Jayme Jones, 51, had celebrated the guilty verdict of Chauvin but things changed quickly.

“We were happy about the verdict, but you couldn’t even enjoy that,” Ms Shepherd said.