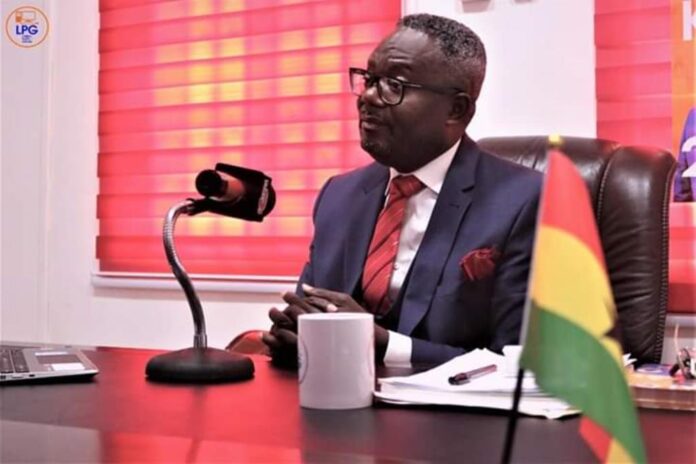 The Liberal Party of Ghana(LPG) has petitioned the government to stop the commercialization of money rituals and negative content in the media.

In a petition sighted by Kasapafmonline.com dated 7th April and copied to the Communications Minister, Information Minister and other allied agencies said:” The rate at which our mass media space has been flooded with pervasive contents that promote fictitious means of wealth acquisition is very worrying, and the earlier we curtailed it, the better.”

“The promotion of wealth without work is fast influencing a lot of vulnerable youth including minors to pursue money through foul means. This get-rich fast syndrome and the overemphasis of money as the bench mark for success in life is a threat to national security considering the low rate of employment in the country.”

According to reports, the suspects, Felix Nyarko, 16, and Nicholas Kini, 18, were alleged to have gruesomely murdered Ishmael Mensah Abdallah with the intention of using his body parts for rituals.

Police investigators are also on a manhunt for the spiritualist who influenced the two boys to bring the body parts for riches. 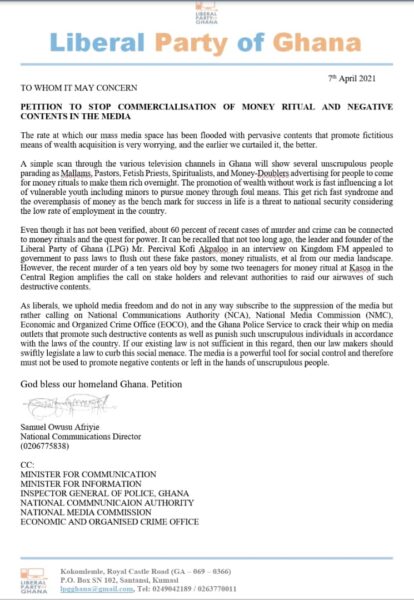