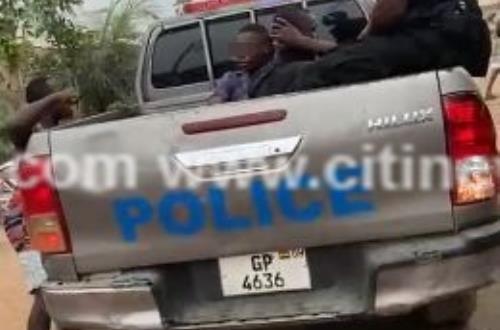 Police have arrested a fetish Priestess at Amanase near Suhum in the Eastern Region in connection with the killing of the 10-year-old boy at Kasoa.

The arrest was undertaken by a team of police officers.

Police investigators had been on a manhunt for the alleged spiritualist who influenced the two boys to bring the body parts for riches.

Meanwhile case docket, according to Central Regional Police PRO, Irene Oppong has been handed over to CID headquarters.

According to reports, the suspects, Felix Nyarko, 16, and Nicholas Kini, 18, were alleged to have gruesomely murdered Ishmael Mensah Abdallah with the intention of using his body parts for rituals.